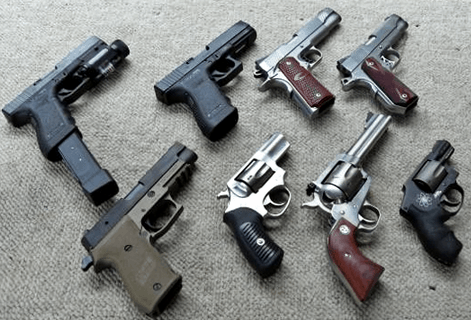 Rocky Mount United Methodist Church has just launched an unorthodox ministry: a gun range. The pastors have made an area behind the church into a shooting range for gun-carrying parishioners to use. The church’s pastor told Mashable,

This is not anything about some radical form of militant Christianity. It is a bit unique out of the box as church ministry goes, but we see it no differently as a church having a softball team or hosting camping ministries. The ministry itself is what we’re doing in the name of Jesus Christ … It does happen to involve guns but we don’t want it to sound as though we’re forming some kind of weird cult that revolves around guns.

According to a study by the American Academy of Pediatrics, nearly 60% of people in the state own a firearm, and it is currently legal to bring them into churches in the state.