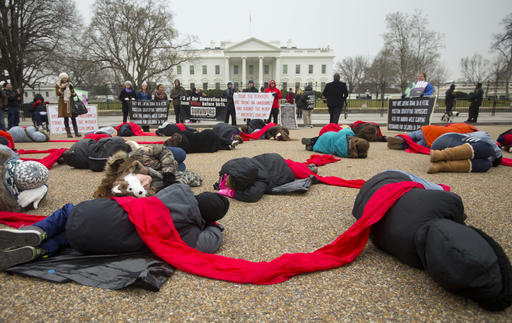 Despite the fact that abortion and abortion-related topics are near the top of our nationwide discussions, the research shows that the number of actual abortions is at its lowest since 1974—dropping below 1 million in 2014, the year surveyed.

The Guttmacher Institute, a pro-abortion rights group, counts all of abortions done in the United States, and for 2014 recorded 926,200 abortions. That’s a 12.5 percent drop from the previous survey year, 2011.

Guttmacher is the only source for comprehensive abortion numbers throughout the country because the federal data from the Centers for Disease Control and Prevention doesn’t collect the data from California, Maryland and New Hampshire.

Shortly after the 1973 Roe v. Wade decision, abortions increased steadily, getting to 1.6 million in 1990, and then began the period of decline that the trend is currently in.

In Guttmacher’s analysis, they found that the decline of abortions is because of the availability of effective, affordable birth control and the abortion restrictions that have limited women’s access. But the decline in California, which is pro-abortion rights, and the decline in Texas, which has laws in place to restrict abortion access, are comparable.

Florida, New York, New Jersey, Maryland and Washington D.C. had the highest rates of abortion, while Wyoming, Mississippi and South Dakota had the lowest and all only had one abortion clinic in each state.

This data comes at a time where Planned Parenthood is in danger of being federally defunded and the Affordable Care Act, which widened access to contraceptives for women nationwide.

How to Pray for the Poor and Marginalized

6 Things on Netflix You Need to Watch Now