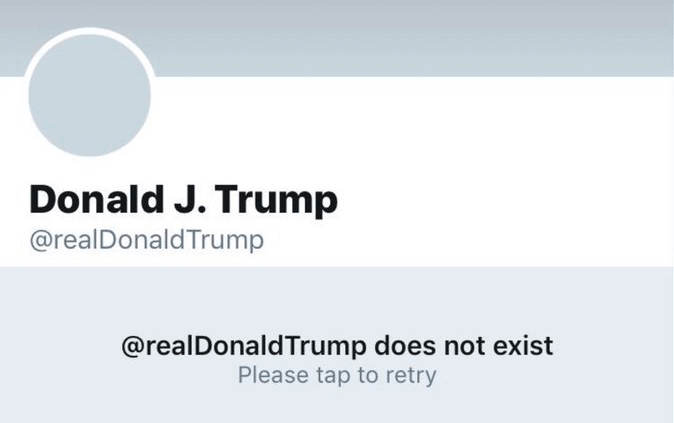 At this point, even President Donald Trump’s staunchest supporters have to admit that his Twitter account is not exactly helping. Word is, a lot of people on Capitol Hill think the President’s agenda would be going more smoothly if he’d just delete his account. Well, it’s one thing to think it and another thing to do it and late Thursday, someone did it. For 11 uncommonly peaceful minutes online, President Donald Trump’s account did not exist.

Speculation ran rampant. Had Trump decided to shut his account down? Had he violated Twitter’s terms of service somehow? Was Robert Mueller’s investigation involved somehow? All interesting theories but as Twitter itself announced later in the evening, nope. Trump’s busted Twitter account was the result of one employee on his last day who just decided to go out as a legend.

Through our investigation we have learned that this was done by a Twitter customer support employee who did this on the employee’s last day. We are conducting a full internal review. https://t.co/mlarOgiaRF

Hey, everyone’s dreamed of just lighting a fire on their last day in the office and walking way, hair blowing in the explosion. But one employee went out there and did it.