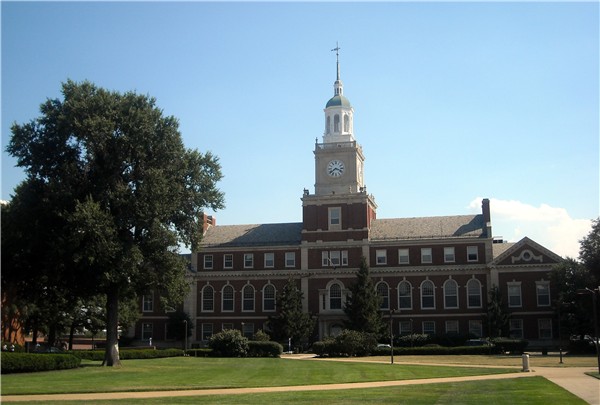 Stories of college faculty fostering a culture of denial and dismissal around sexual assault are horrifyingly common, and don’t appear to be going anywhere. Howard University is facing an explosive lawsuit, BuzzFeed News reports, alleging a gross failure to handle student reports of sexual assault. The laxness of the response led to at least one assailant raping on campus again, the lawsuit claims.

The suit refers only to Jane Does one through five, two of whom left Howard owing to concerns about their safety. Two of the Jane Does also say they were raped by the same student, who allegedly transferred to Howard after being kicked out of UCLA for sexual misconduct. The women tweeted about the administration’s woeful response in March of 2016, leading to campus-wide protests. Shockingly, the lawsuit claims that Howard’s Dean of Student Affairs told the student, “You embarrassed your family by doing that.”

One of the women said she was fired as an RA after she reported being raped. Another says the college took away her financial aid. And it gets worse, according to BuzzFeed:

The lawsuit also accuses Candi Smiley, the Howard official in charge of dealing with sexual assault cases, of going weeks or months without responding to emails and phone calls from alleged rape victims and their advocates. Multiple officials in the complaint are similarly accused of not returning phone calls or emails from women checking for updates on their investigations, asking for counseling, or requesting extensions for class assignments as they dealt with their cases. However, the complaint only names Howard University as a defendant.

The lawsuit also alleges that one of the students became suicidal and asked the college for help, including counseling. Officials ignored her phone calls.

“This is an egregious case,” said Linda M. Correia, the attorney representing the five students. “These young women are living on a campus where they have reached out for help from the school, and the passage of time is just compounding the harm that they feel. They should feel safe on their campus, safe in their classrooms, in their dorms, and Howard has not ensured that they do feel safe.”

Howard University was started shortly after the Civil War, originally conceived as a theological seminary for black clergy. It is one of the oldest and most elite historically black colleges (HBCUs) in the United States.

“When I had to leave this university because I didn’t feel supported, it crushed my whole outlook on the university as a whole,” one of the students told BuzzFeed News. “You built this legacy, but you don’t protect the students that are continuing the legacy.”

The Lie Too Many People Believe About Purity