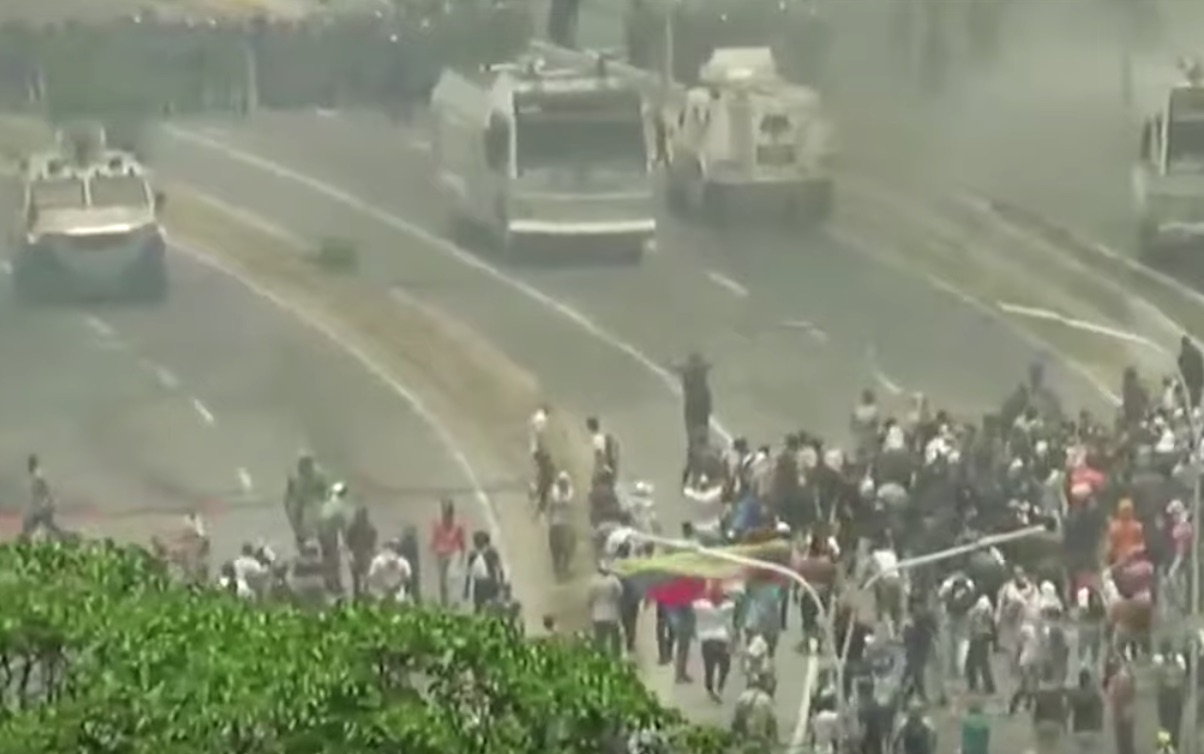 A horrifying video has been posted online that appears to show a military vehicle running through a crowd of protestors in Venezuela. (A blurred out version of the clip—which was part of a live TV broadcast—can be viewed here, but warning, it is very disturbing.)

From NPR: “At the scene of a large protest on a highway, one video segment from TV station T13 shows what appears to be a National Guard armored vehicle driving into a crowd of people.”

Guaido and activist Leopoldo Lopez called for a military uprising. The opponent of the country’s current leader, Nicolas Marduro, said, “The armed forces have taken the right decision. With the support of the Venezuelan people and the backing of our constitution, they are on the right side of history. The moment is now.”

At this point, it’s not totally clear how many members of the military have sided with Guaido.

The scene on the ground is chaos, though armed factions loyal to Guaido have reportedly been using blue scarves to better identify themselves in the crowd.

The U.S. has supported Guaido and his claim to the contested presidency in the country.

To @jguaido, the National Assembly and all the freedom-loving people of Venezuela who are taking to the streets today in #operacionlibertad—Estamos con ustedes! We are with you! America will stand with you until freedom & democracy are restored. Vayan con dios! #FreeVenezuela

The new video is chaotic. It appears to show an armored vehicle running over a crowd, as demonstrators throw rocks at the large trucks. So far, there aren’t reports of casualties.

Why There’s No Such Thing As a Soul Mate