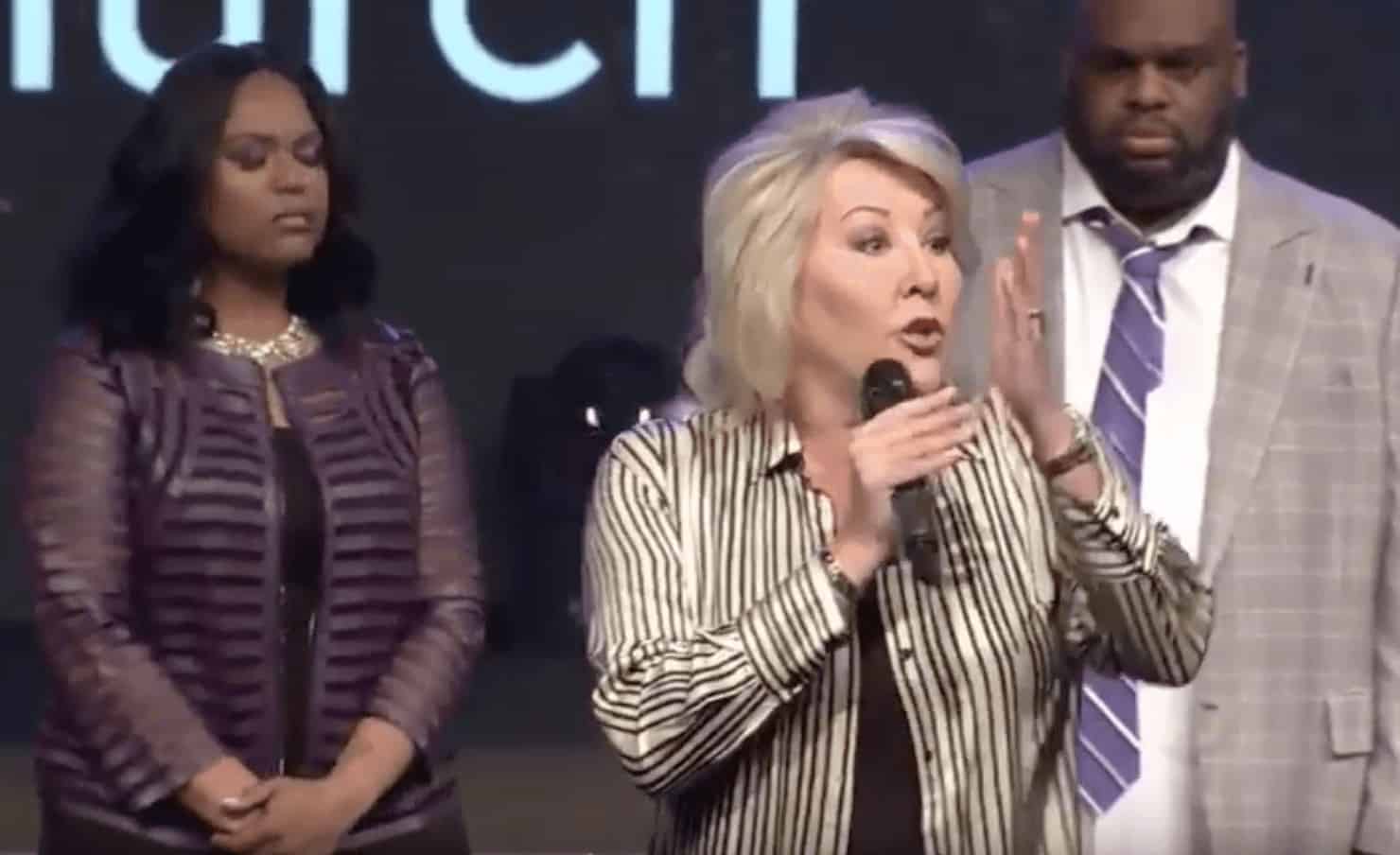 Relentless Church in Greensville, South Carolina, had a guest pastor Sunday—Hope Carpenter, who led the church for 30 years with her husband Ron before moving to San Antonio. The church’s new leader, Pastor John Gray, and the church have been the subject of several recent stories in the local Greenville News related to the church’s finances. Carpenter, apparently, did not take lightly to that.

As Carpenter closed her sermon, Pastor Gray and his wife, Pastor Aventer Gray, appeared behind her. Carpenter expressed her support for the two of them before changing her tone.

“I cut people,” she said. “I got a knife right in that pocketbook. Greenville News, come on. We done went through this. I’m still here, and guess who else is still going to be here?” Carpenter pointed to John Gray, who nodded while the crowd shouted its approval.

Greenville News has clashed with Relentless Church for its recent coverage of John Gray’s spending, including a December story revealing the pastor bought his wife a $200,000 Lamborghini for their anniversary and that the pair was living in a $1.8 million home paid for by the church. Relentless Church has defended the purchase of the home as something standard for many Christian denominations. Indeed, many churches do include residences as part of compensation packages for their senior leadership.

In late March, Gray reportedly asked congregants to pool money to repair damage in the church’s roof estimated at $250,000. According to Greenville News, Gray said the church was in serious debt, and asked for 2,500 members to put up $100 each. Gray himself reportedly offered to pay $300.

In response to the apparent threat from Carpenter, Greenville News Executive Editor Katrice Hardy told The Washington Post the paper strives to “cover every organization in our community in a fair and unbiased way.” She pointed out the paper ran a story just last Friday about Relentless Church helping to fund a homeless shelter in Pickens County.

In a statement, a spokesperson for Gray, Holly Baird, told Greenville News, “While we believe Pastor Hope was joking, we completely understand how her comments could be received in today’s climate. Neither our pastors or anyone in our leadership would agree with any type of communication that would encourage or incite violence against another individual or entity.”

The paper also said, “In a phone call, Baird reiterated that the Grays did not condone the comments.”

Lecrae on Nipsey Hussle: ‘I Want to See His Ideals Continue to Thrive’