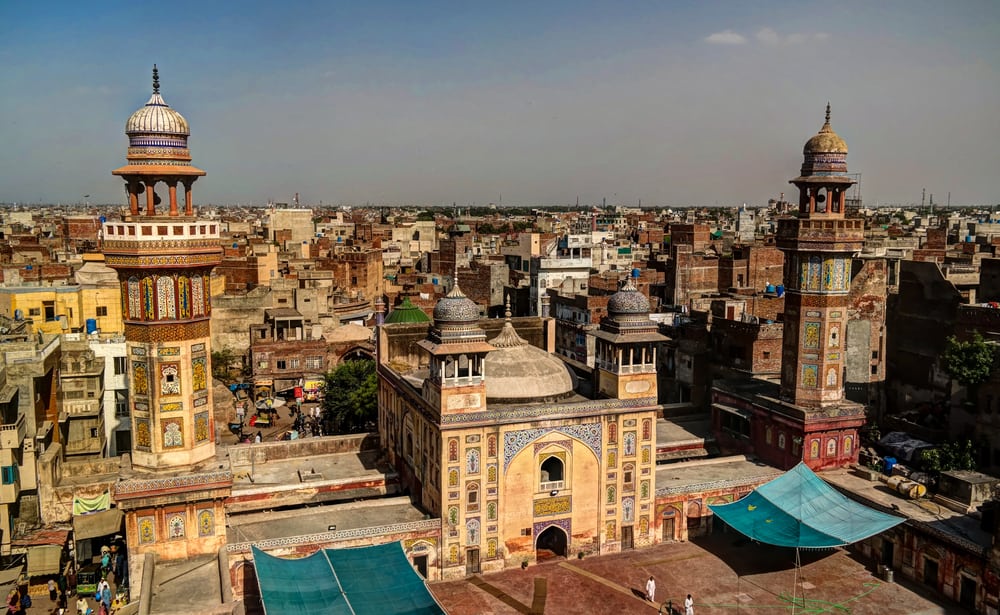 A 30-year-old Pakistan-based man named Taimoor Raza has been condemned to death for making derogatory comments about Mohammad on Facebook. This is believed to be the first official death sentence given because of something that happened on social media.

Blasphemy is taken very seriously in Pakistan, and was even called an “unpardonable offense” by the Prime Minister of Pakistan Nawaz Sharif. Pakistani officials have been cracking down on social media dissent in recent years, and even turning a blind eye to mob violence against alleged perpetrators of blaspheming. Via the Guardian:

Raza’s brother, Waseem Abbas, said the family was “poor but literate,” and belonged to Pakistan’s minority Shia Muslim community. “My brother indulged in a sectarian debate on Facebook with a person, who we later come to know, was a [counter-terrorism department] official with the name of Muhammad Usman,” he said.

Human rights lawyers are extremely concerned about Pakistan’s new crackdown, and it’s even more terrifying than you might think. There is no punishment for falsely accusing someone of blasphemy, and Pakistani courts sometimes have what Saroop Ijaz, a lawyer with Human Rights Watch in Pakistan, called a “lack of orientation … with technology.” This means that it’s possible and even easy to accuse someone of blasphemy out of a personal vendetta.

Just last April, a 23-year-old college student named Mashal Khan was lynched by a mob over allegations that he had offended Islam, though there was no proof that he’d done so. Just last week, a court found that the allegations were a conspiracy plot from some of his fellow students and university faculty who were angered by how Khan outspoken had become over corruption at the university he attended.

Raza is not the only Pakistani citizen on death row for blasphemy, though he is the first to be sentenced to death for blasphemy on Facebook. Among the other prisoners facing a death sentence is Asia Bibi, a Christian woman who was thrown in jail back in 2010. She is reportedly in solitary confinement.

Exclusive Video Premiere: ‘Bear With Me’ From Propaganda