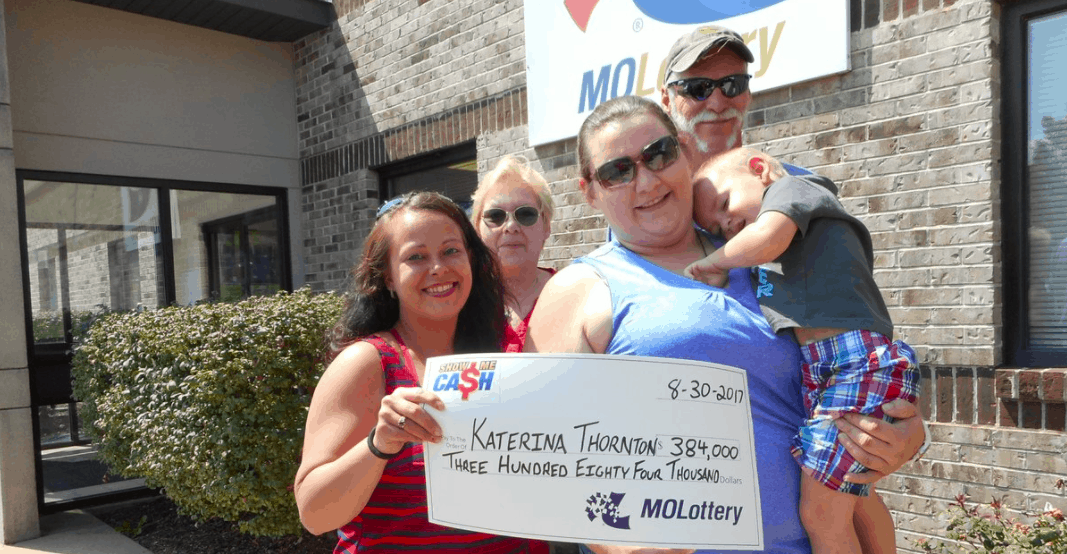 Katerina Thornton works at Stockham’s Gas Mart on County Road CC in Feston, Missouri. Apparently, that particular gas station has a regular patron who walks in, buys a few lottery tickets, and always gives an extra one to the attendant on-duty as a little present. Obviously, a lottery ticket is a pretty worthless present …until it’s not. And in Thornton’s case, this time, it was most definitely not.

“It was a whole ordeal. I didn’t even know about it and went to work leaving the ticket at my house,” Thornton told local news. “My boss came up and asked if I had happened to get one. So I called my mom and had her look at the numbers. I think my boss was more excited than I was at first. I was in shock. I was definitely not expecting it.”

Yep, Thornton received a lottery ticket worth $384,000, all thanks to one anonymous customer who just happened to strike up a habit at some point of giving an extra lottery ticket to whoever happened to be ringing him up behind the counter. Thornton says she plans on using some of the money as a down payment for her first home and putting the rest into a college fund for her son.