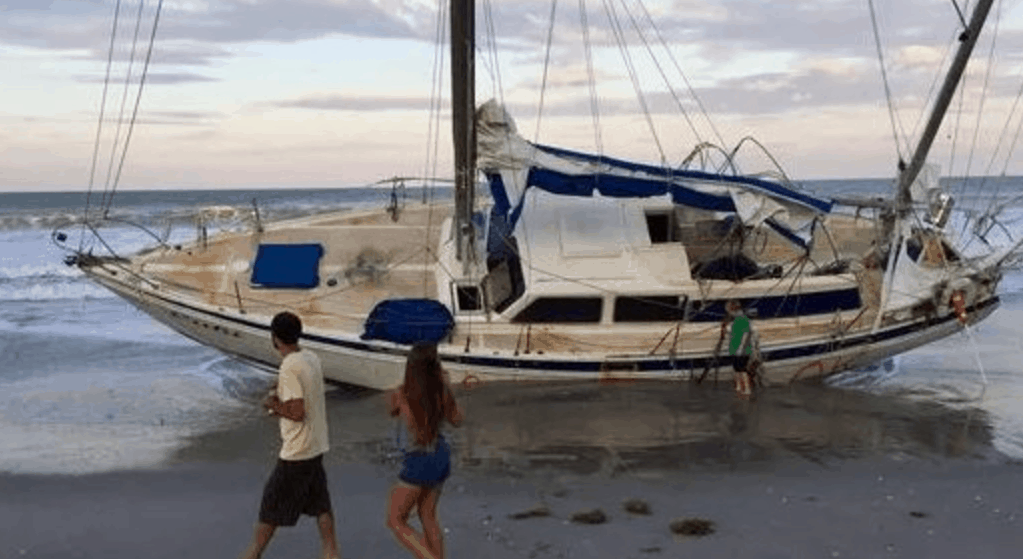 Quick, if you had to guess which coastal state is currently home to an eerie beached sailboat containing only a single mannequin holding a foreboding sign, which would you guess? If you guessed any other state than Florida, you’re off your rocker, because Florida is currently doing the rest of the U.S. a favor by acting as a repository to our nation’s ends, oddities and at least one ominous vessel hailing from undead waters.

The sailboat washed ashore on Melbourne Beach during Hurricane Irma. It has no passengers and very little cargo, save for a “giant rose” and a mannequin holding a sign that says “The beatings will continue until morale improves.” Notes from wicked pirates before they jumped off? A message from the great beyond, foretelling ill tidings? Or just some other Florida thing? Honestly, it could be all three.

Mystery "ghost ship" washes up in FL post-Hurricane Irma. Registered to someone who is currently in jail #WakeUpNews https://t.co/B2yxEVZTDV pic.twitter.com/488QboCyAb

Currently, authorities believe that no one was ever on board. By that, they probably mean that Irma tore the ship from its dock in Key West and carried the ship some 300 miles. But they could also mean that no one human was ever on board. After all, according to the sheriff, the boat’s owner has been tracked down in Key West …to the Monroe County Jail. They’re not giving out any more details than that, which means this story is bound to get wilder. This is Florida, after all.

5 Things Christians Should Know About Relapse and Recovery