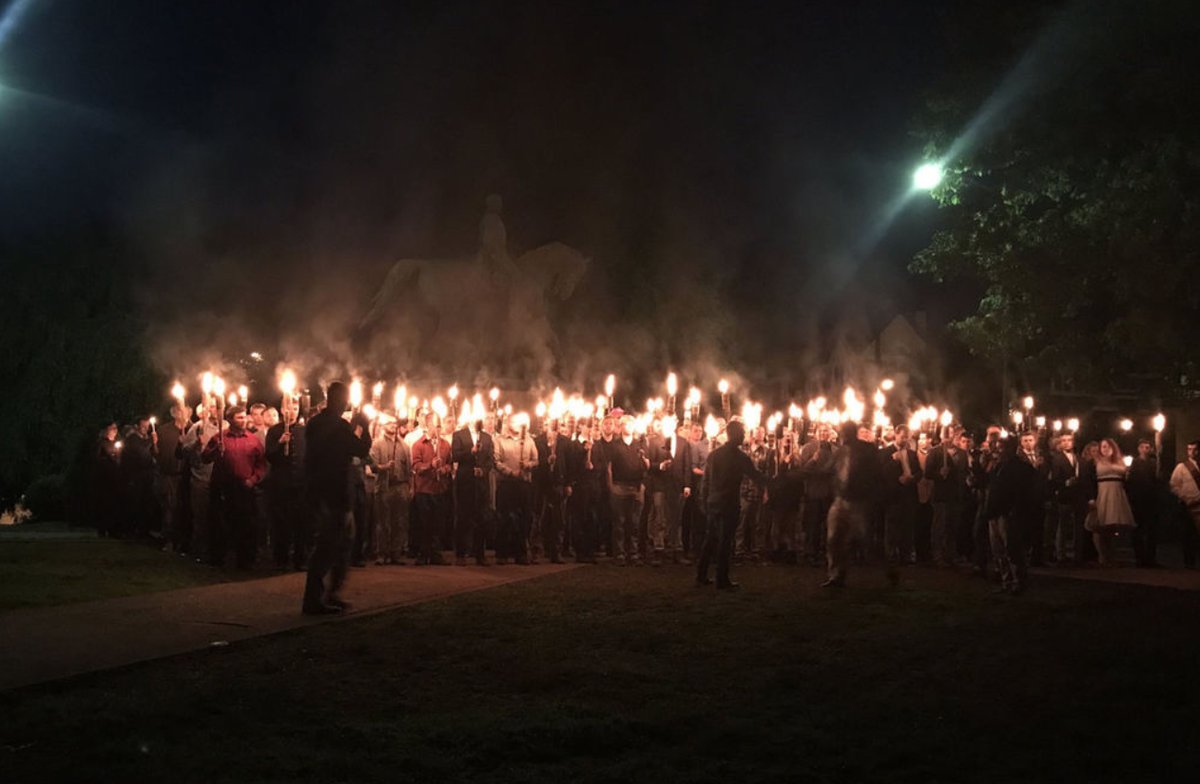 Richard Spencer, the self-proclaimed white nationalist who came to infamy as a self-styled figurehead of the “alt-right” (a term he is credited with coining), led a group of protesters with torches to voice their displeasure at plans to remove a Confederate statue in Charlottesville, Virginia, a move that drew unavoidable comparisons to the Klan.

“What brings us together is that we are white, we are a people, we will not be replaced,” Spencer declared, leading the group in chants like “You will not replace us” and “Russia is our friend.” Videos of the protest showed that the group of men all had what appeared to be store-bought tiki torches, adding a very odd air of absurdity to what is undoubtedly a very disconcerting—if not downright terrifying—display of unbridled racism.

The statue in question is of Confederate General Robert E. Lee, and has become something of a McGuffin in the Virginia gubernatorial election. The Charlottesville City Council voted to remove the statue, but a court injunction has halted its removal for six months. A Republican candidate for governor Corey Stewart, who was a chairman of President Donald Trump’s Virginia campaign until he was fired, has seized on the statue as something of a rallying cry for his base of supporters. Stewart says that removing the statues is “political correctness” and “historical vandalism,” but did not respond to requests for comment about the alt-right rally.

What to Do When Life Gets Really Hard

Religion, Community and ‘Master of None’ Season 2