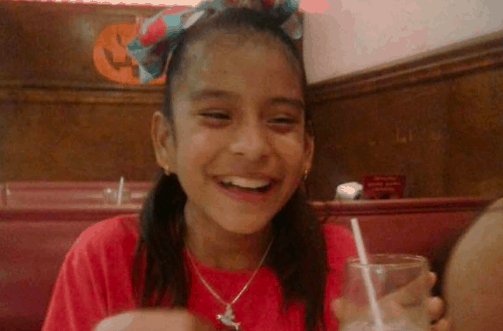 Rosamaria Hernandez is a 10-year-old girl who was brought over the Southern border by her parents when she was three months old. Rosamaria has cerebral palsy and she was on her way to receive emergency gall bladder surgery when her ambulance was pulled over by border patrol agents, according to The New York Times.

The police allowed her to continue to the hospital in Corpus Christie, Texas, but waited in the hospital until she was released from surgery and then took her to a San Antonio facility where children who arrive in the United States alone from Central American countries are usually kept. But Rosamaria’s parents live just 150 miles away, in Laredo, Texas.

According to the NYT, it is “rare, if not unheard-of” for an immigrant child to be detained while her parents already live in the United States. There are facilities for undocumented adult immigrants, families and unaccompanied minors—but Rosamaria might be the only immigrant child with parents living in the United States to be arrested. Her serious medical condition compounds how unusual and controversial her case is.

According to Rosamaria’s cousin Aurora Cantu, who was in the ambulance when it was pulled over, the agents tried to get the family to have Rosamaria sent to a Mexican hospital instead, which they declined to do. As the NYT puts it:

Her mother, Felipa de la Cruz, 39, said in an interview that her family had moved to Texas from Nuevo Laredo, the city in Mexico just across the border from Laredo, when her daughter was still an infant, hoping to get better treatment for her cerebral palsy.

They had not been able to afford her therapies in Mexico, she said, but in Texas, Medicaid paid for her daughter’s treatment, which included home visits from therapists.

“I’m a mother. All I wanted was for her to get the surgery that she needed,” Ms. de la Cruz said. “It never crossed my mind that any of what is happening right now could happen. When you’re a mother, all you care about is your child.”

“The fact that they spent so much time and resources to follow this girl, to treat her like she was the highest-priority criminal that ever walked on this Earth—the way they’re treating her is just beyond what a 10-year-old special needs child should be treated,” Priscila Martinez, an immigration activist at the Workers Defense Action Fund, told the NYT.

Where Is God When Times Are Tough?