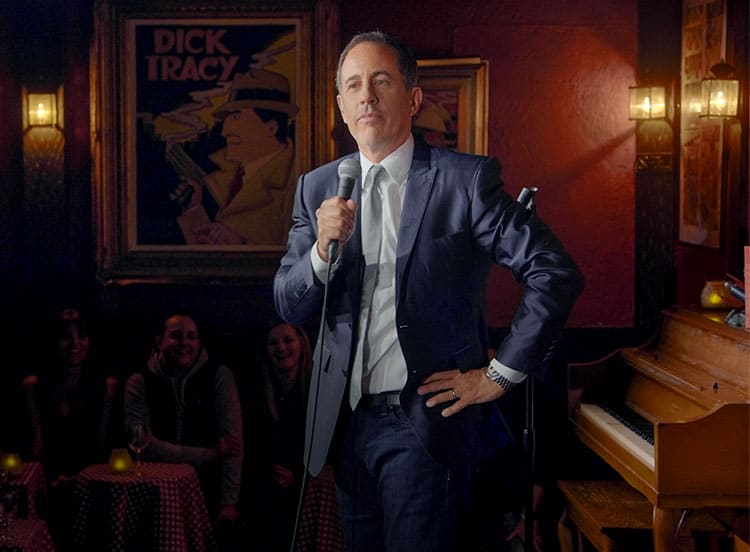 Football not your thing?

Does the end of summer mean longer nights with nothing to watch while the rest of the world obsesses over the return of endless hours of watching dudes run up and down a field?

Good news, Netflix is adding a bunch of new stuff this month.

Here’s a look at some of the highlights.

Jerry Seinfeld is one of the most important and influential comedians in history, and not only does this new special showcase his stand-up skills, it also provides some background on his upbringing and rise to superstardom.

VeggieTales in the City: Season 2

Yes, VeggieTales is still around. If you’re feeling nostalgic, a handful of new episodes are hitting Netflix this month, so you can relive your Sunday school days.

Martin Scorsese’s 2002 crime epic remains one of the most ambitious—and most stunning—films of his career.

See the movie that launched the career of one of the most famous names in modern entertainment—Steven Spielberg—and remember how scary it can be to go back into the water.

First They Killed My Father

Angelina Jolie’s controversial film—based on a shocking non-fiction book—offers a jarring look at the Cambodian genocide.

Disney’s Beauty and the Beast

Disney’s live action adaptation of its classic animated film managed an impressive feat—it told a story with such attention to nostalgic detail and artistic innovation that it actually holds up to the original.

The modern noir—about the search for a missing child—shows that Ben Affleck isn’t just a blockbuster movie star; he’s also one of his generation’s most notable filmmakers.

Did you know that an episode of Curb Your Enthusiasm helped a man avoid going to prison for a crime he didn’t commit? This crazy documentary tells the story of how.