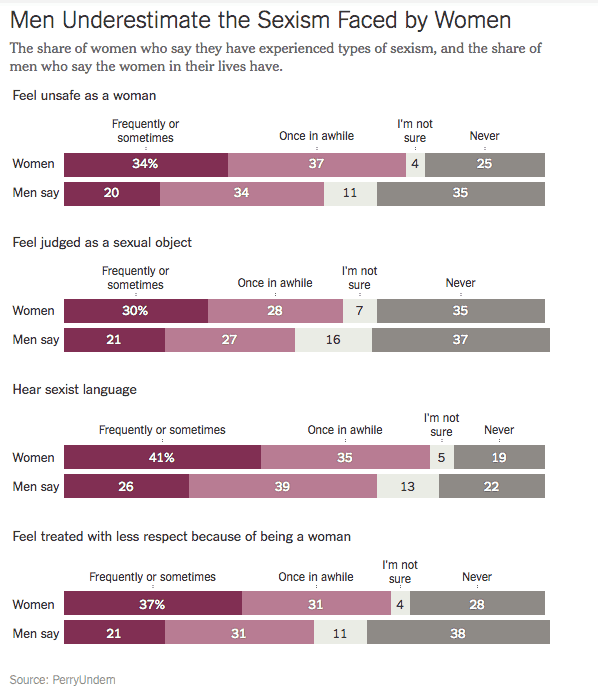 If you’re a woman, this statistic won’t be very shocking.

If you’re a man however, findings recently presented by PerryUndem, a nonpartisan research and polling firm, show you might find it surprising. The research firm surveyed 1,302 adults in December via the National Opinion Research Center at the University of Chicago’s AmeriSpeak panel and discovered that 82 percent of women said they felt unequal because of their gender.

The majority of people surveyed agreed it’s a better time to be a man than a woman yet only Republican men expressed feeling the opposite. Only 37 percent of the respondents surveyed thought it was a good time to be a woman in America.

NFL Columnist: Faith Is the ‘Biggest Under-Covered Story’ in Football