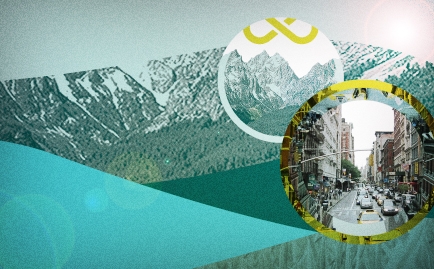 Editor’s note: Today marks the official release of RELEVANT magazine’s 50th issue. To commemorate the day, we’re running the "First Word" column from the 50th issue of RELEVANT,  written by publisher/CEO Cameron Strang. We hope you’ll take the opportunity to celebrate with us and to check out the new issue—we’re pretty proud of it.

As you may have noticed by the not-so-subtle “OUR 50th ISSUE” tag on the cover, this edition marks somewhat of a milestone for RELEVANT.

Sure, eight years may not have built very many pyramids, or carved a very big swath of the Grand Canyon, but when you’re part of a rapidly changing generational movement, a lot can happen in that short time.

When RELEVANT first rolled off the presses eight years ago, I had no idea what was in store. Our generation was hungry for God—but increasingly disenfranchised with Christianity-as-usual. We saw the need for a magazine that would give voice to what God was doing in and through our generation, one that reflected and challenged the shifting worldview of our generation. We set out to make something that didn’t exist—and many people thought wouldn’t work.
Back then, RELEVANT was deemed edgy simply because we had the gall to talk about this generation’s real-life issues and interests—including looking thoughtfully at mainstream culture—without blindly denouncing everything outside the Christian subculture. Back then, the sacred and secular were battle lines, but we saw God moving in culture like never before, and someone needed to talk about it.

Groups like P.O.D., Sixpence None the Richer, The Fray, Switchfoot and others were having huge impact making music for mainstream audiences while still holding on to their Christian faith. That opened the door for other artists like Kings of Leon and Lauryn Hill to openly explore their own faith, doubt and struggles in their music. Things were changing.

And as entertainment started to take this more substantive turn, the conversation also started to shift to social justice. Bono made caring about Africa cool early in the last decade, and he unabashedly courted Christians in his crusade.

The problem was, social justice quickly became trendy. Too trendy.

At RELEVANT, we knew if we were going to talk about social justice and selfless living the right way, it couldn’t be just because it was cool. So we waited a while, allowed for the faddy dust to settle and for people to start losing interest (which they always do). Then, with clear eyes, we started looking at what a long-term, sustainable view of social justice should be. If it’s not just a temporary interest, how will this really reshape our worldviews, and how should we engage these issues the right way?

In the last few years, our generation’s commitment to social justice has gone far beyond a fad. A resolute commitment to Christ-centered, lifelong social engagement is now the norm. It’s a defining characteristic of this generation. (And it’s why we’re launching a new magazine to go way deeper in this area, REJECT APATHY, this month. Check out www.RejectApathy.com.)

My team and I are honored to get to see and be part of what God is doing in and through this generation. In just eight years, petty arguments like  whether Christians can listen to secular music have largely been set aside, and now big questions are being asked and world-changing impact is being passionately pursued.

Living intentional, selfless lives isn’t cool. It isn’t easy, and it isn’t something that sells magazines. But it’s what Jesus talked about, and at its core, it’s what our magazine is about, too.

Our generation is on the cusp of seeing God do amazing things. There is a brewing prayer and worship revival poised to explode. There is a commitment to simplicity and substance that will change the course of how we relate, live and communicate. There is a global connectedness that will forever change politics, business and the Church.

Has our generation made mistakes? Absolutely. We probably fall victim to compromise in the name of “grace” more than we should; we probably haven’t taken the Church seriously enough; and we probably get too cynical at times. But as we explore in our cover story—“50 Ideas That Changed Everything” on pg. 60—you’ll see those things don’t define this generation. Passion does. Innovation does. Authenticity, hope and conviction do.

Click here to explore the 50 Ideas that Have Changed the World.

Our generation is giving itself to change the world. We’re relentless. We see things for how they can be rather than how they are. I hope we never lose that.

So where do we go from here? Much like the day the first issue of RELEVANT rolled off the press, I think I know, but I really have no idea.

But if it’s anything like the last eight years, I’m on board. The best is, without question, yet to come.

Cameron Strange is the founder and CEO of RELEVANT. Connect with him on Twitter @cameronstrang or Facebook.com/cameronstrang.