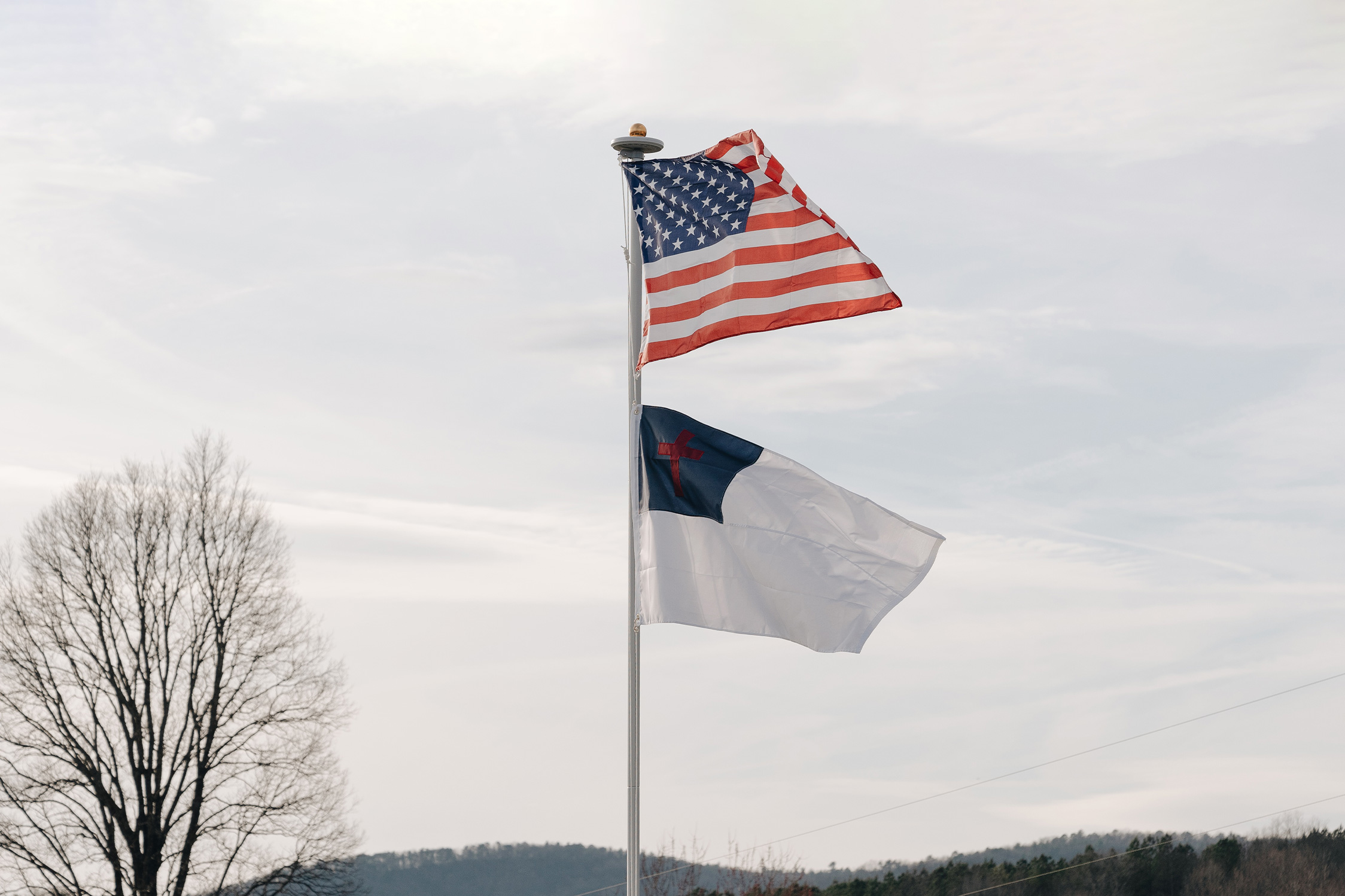 As they have in every generation, evangelicals are wrestling with their role in the larger culture. Today’s increasingly post-Christian America has added new urgency to the discussion. Should Christians be involved in politics? Or should we simply preach and live out the gospel in our communities? Or are these two paradigms as mutually exclusive as they are sometimes branded?

I’ve been on both sides of this debate most of my life. I’ve served at various levels of church and organizational ministry. I’ve been active in political campaigns, and now I have the privilege of serving the Ethics & Religious Liberty Commission, the entity representing Southern Baptists in Washington. I’ve been the pastor aghast at a parishioner’s crude political Facebook posts. I’ve been the activist wishing Christians were more aware of the issues.

This is a tension that won’t go away until Christ consummates His Kingdom. Until that glorious day, we must wrestle with very real questions.

Let’s start by deconstructing some myths about Christian engagement in the public square:

1. We shouldn’t judge the world, because the world is full of unbelievers.

Paul wrote this very advice in his first letter to the Corinthians (1 Cor. 4:5). They were a church who had imbibed the sexual values of their culture, to the point where they openly bragged about a “grace” that overlooked and even celebrated open sexual sin (1 Cor. 5:1-2, 6). This was also a church that arrogantly preached to the culture but refused to guard their family of faith.

On the surface, Paul’s words might seem a rebuke to any level of Christian cultural engagement. After all, the Church should expect believers to act like believers and unbelievers to act like unbelievers. This is true in one sense. Our message to the world should not be one of condemnation (John 3:17), but of love, announcing the good news that salvation is available to those who repent and believe in Jesus Christ, the rightful King who conquered sin, death and the serpent.

And yet Paul can’t be saying we should ignore the false ideologies around us, turning a blind eye to injustice and caring little for the flourishing of our communities. If so, he’d be contradicting other very clear passages of Scripture that urge the Christian to apply the gospel to all of life.

For instance, are Paul’s words to the Corinthians a rebuke to John the Baptist, whom Jesus called the greatest man who ever lived (Luke 7:28)? John called out Herod for marrying his brother’s wife (Luke 3:19). Were Paul’s words a rebuke to Jeremiah who encouraged the Jewish exiles in Jerusalem to “seek the welfare of the city” (Jer. 29:7)? Were they contradicting Paul’s own boldness in Athens, where he stood on Mars Hill and declared the falseness of the heathen gods?

When Paul says not to judge the world, he’s echoing similar themes as James, who in his letter to the Jerusalem church writes: “Religion that is pure and undefiled before God, the Father, is this: to visit orphans and widows in their affliction, and to keep oneself unstained from the world” (1:27).

2. We shouldn’t be against things, only for things.

This is a common cliché. The church shouldn’t simply be known for what it is against, but what it is for. This sounds very good. Christians, after all, should be known for their love for Jesus and for each other. And the story we are announcing is the good news of the gospel, the evangel that Christ has come to reconcile sinners to God. This was Jesus’ mission, to announce the gospel of the Kingdom.

And yet, Jesus was also clearly against things. For instance, Jesus was strongly against the corruption of innocent children. His language in Luke 17:2 is provocative, saying that it would be a better fate for the abuser “if a millstone were hung around his neck and he were cast into the sea.”

I imagine if a politician used language like this today, we’d have a lot of Christians wringing their hands and wishing Jesus could just “show more love.” Jesus is against sin, against exploitation, against any spirit of the age that can corrupt, destroy and kill the very people he came to save.

The gospel is not only a positive declaration that Christ has conquered sin and death and has made a way for sinners to find their way to God. It’s not only a positive declaration that Christ is King over the earth. The gospel is also a crushing blow against the evil powers that enslave men in sin and death. You might argue that if Christians are only ever for things, they are preaching an incomplete gospel.

3. We should only preach the Gospel and make disciples and not worry about politics.

It’s true that no political party or movement can change the world. Sometimes political activism on both the left and the right can be overly triumphalist. Only the gospel, not political ideology, has the power to change hearts. Yes and amen.

But the Gospel, if you notice, is a rather political statement itself. The Gospel declares, first of all, that Christ and not Caesar is the ultimate King (Mark 12:17) and that even the most powerful rulers serve under the authority of King Jesus (Rom. 13:1). Even the most popular prayer in the world, the Lord’s Prayer, is really a prayer of revolution, declaring that there is another King and another kingdom that is not of this world (Matt. 6:9-13).

So you can’t really preach the Gospel and avoid politics. Politics are embedded in the very heart of the Gospel. Furthermore, think about Jesus’ words in the Great Commission. The imperative is to “make disciples” and teach them “all that I have commanded you” (Matt. 28:19-20).

The Gospel doesn’t simply punch your ticket to heaven; it empowers Christians for a radical new lifestyle, one that is at odds with the world (Jas. 4:4; Rom. 8:7). The most nonpolitical Christian, if he is faithful, is a political statement to a world system that is under the temporary and restrained rule of Satan (Eph. 2:2).

The Church is to be an alternate society, an outpost of the kingdom to come (1 Pet. 2:9). This means the Gospel calls us not simply to make converts who have no effect on the world around them. The Gospel calls us be agents of reconciliation, to be the hands and feet of Jesus, to live and work toward justice and righteousness, to seek the welfare of our cities, to advance human flourishing. In fact, a Christianity that has no impact on the world around it, according to James, is a dead, lifeless faith (Jas. 2:14-16).

I’m glad, for instance, that men like William Wilberforce and Martin Luther King Jr. and Deitrich Bonheoffer had a gospel big enough to demand justice for the innocents. To ignore injustice is to say to the 19th-century slave in America, to the 20th-century Jew in Germany, to the 21st-century unborn baby: “Be warmed and filled.” It’s a diminished gospel, a lifeless faith.

What our generation of evangelicals has to understand is that love of neighbor doesn’t mean only the politically safe endeavors of charity that everyone affirms. It might also mean having the courage to get involved in the socio-political structures that either advance or hurt human flourishing.

4. Courage and civility are incompatible.

We have this notion that in order to stand up for justice, we must embrace the carnal tools of warfare. But we’d be wise to heed the words of Peter, who encourages an apologetic bathed in kindness: “But in your hearts honor Christ the Lord as holy, always being prepared to make a defense to anyone who asks you for a reason for the hope that is in you; yet do it with gentleness and respect, having a good conscience, so that, when you are slandered, those who revile your good behavior in Christ may be put to shame. For it is better to suffer for doing good, if that should be God’s will, than for doing evil” (1 Pet. 3:15-17).

Notice the tension in Peter’s words. He calls Christians to have courage, to stand and declare what is true in the face of opposition. And yet we’re to do it with “gentleness and respect.” We are to disagree without being disagreeable. We’re to love and respect and honor even those we might consider political adversaries.

We do this, not simply as a new tactic to win hearts and minds, but as a representation of the gospel within us. We are, after all, a different people. We represent a different kingdom. This should affect even the way we speak and interact. How we post our opinions on social media. The types of emails we forward. The conversations we have about those with whom we disagree. Peter is reminding us that courage and civility are not enemies, but friends. Our culture sometimes confuses bravery with bravado, crassness with courage. But the gospel calls us to a new and different way to engage.

5. Our real enemies are human.

This is perhaps the biggest temptation for Christian political engagement. The yin and yang of politics can often drag us into the messy trench warfare, forgetting that our real enemies are not elected officials, presidents of activist groups, or even liberal seminary professors. The real battle is unseen, spiritual warfare at the highest levels. Paul reminds us that we don’t wage war with “flesh and blood” but “cosmic powers over this present darkness… the spiritual forces of evil in the heavenly places” (Eph. 6:12). Every generation faces a battle of ideologies, a battle of worldviews. People who espouse and believe ungodly philosophies are held captive by the enemy, their minds blinded by unbelief (2 Cor. 4:4).

We err in two ways when we forget the spiritual nature of our political engagement. First, we concentrate on vanquishing seemingly human enemies. We want to see actual people destroyed. This was Peter’s problem when he chopped off the ear of the high priest’s servant (John 18:10). This man was not the enemy, Satan was. Sin and death were. The servant was a mere pawn in a larger cosmic struggle. Which is why Jesus, in some of His last words on the cross, said, “Father, forgive them, for they know not what they do“ (Luke 23:34). When we make humans the enemies, we easily forget love and kindness and grace. We abandon the way of Jesus, who fellowshipped and ate with sinners, who tenderly loved even the one who would betray him, Judas.

Second, we put all of our faith in human instruments, the newest tactics and technologies, and the next election. While we should steward our citizenship wisely and vote for those whose positions most closely resemble biblical values, we must remember that all kingdoms of this world are temporal and that only the Gospel has the ability to change hearts and minds.

Gospel warriors cannot be fatalistic, those whose hopes rise and fall based on fundraising numbers, Gallup polls, and the get-out-the-vote program in the suburbs. We are looking for another kingdom, a city whose builder and maker is not Republican or Democrat. Knowing that the cultural battles are simply proxies for larger spiritual warfare, we fight for justice and righteousness without the roller-coaster emotions attached to changing political currents.

This article originally appeared at The Good Book. Used with permission.

Daniel Darling is the author of The Dignity Revolution, which shows us that each one of us can be, and are called to be, part of this new movement—a human dignity revolution that our societies desperately need, and how we—you—are uniquely placed to join.