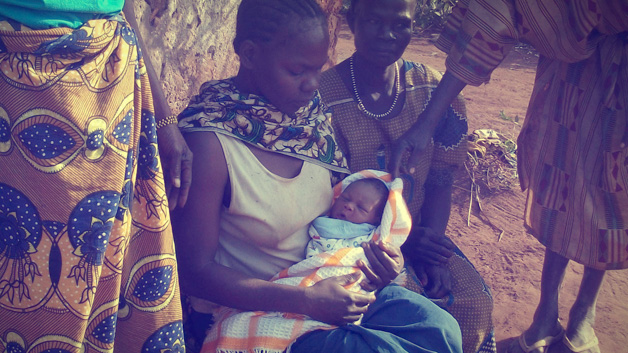 Today is International Women’s Day, and faith communities around the world are working hard to protect the well-being of women and families—and reproductive health is central. Here, Joy Mukaire, the executive director of the Christian Health Association of Sudan, discusses the state of women’s health in the fledgling nation.

Fifteen-year-old Aurora died giving birth in South Sudan on Jan. 11, 2011, during the same time period when millions of her fellow Sudanese were voting for independence. Stories of women dying in childbirth or shortly after are far too common in the developing world. No one knows this pain better than the people of South Sudan, the nation with the highest maternal mortality rate in the world: 2,054 deaths per 100,000 live births. For comparison, the U.S. has a maternal mortality rate of 24. Christian organizations are working for change in South Sudan and to save the lives of women and children.

Aurora lived in Nzara Payam, in the South Sudanese state of Western Equatoria, just north of the Democratic Republic of Congo. Her death was one of three tragedies the community suffered in just three months. In October 2010, an 18-year-old died soon after delivering a baby boy. A month later, a 32-year-old mother of nine died while delivering her tenth child. And then came Aurora’s death in January.

Health professional Joy Mukaire says: “It doesn’t have to be this way. … Most of these deaths can be prevented with skilled care during birth and family planning, which helps couples space births for optimal health for mother and child.”

Mukaire is the executive director of the Christian Health Association of Sudan (CHAS), a network of 68 Christian clinics and facilities providing care to more than 1.5 million people in one of the most challenging environments a public health professional could imagine. In addition to the conflicts between the north and south regions that have killed more than 1 million Sudanese and driven millions more from their homes, women in South Sudan face cultural practices, such as early and forced marriage and traditional birthing practices that endanger their health. According to Mukaire, most women don’t have access to information and basic health services, and clinics often lack supplies for quality reproductive health care.

Along with lack of supplies and skilled care, closely spaced pregnancies dramatically increase the risks to a mother, baby and her other children. According to the U.S. Agency for International Development, when a pregnancy occurs within six months of the birth of another child, the mother’s risk of dying increases by 150 percent over pregnancies that are spaced farther apart.

Mukaire sees family planning as vital in protecting the health of women and children and for the nation’s economic future. “Family planning will prevent unplanned pregnancies and reduce the number of abortions, which is a major cause of maternal death and morbidity in South Sudan,” she says. “It can also eventually help the country reap the benefits that occur when the number of people of working age increases in relation to the very young.” Mukaire has a point. A falling birth rate improves the ratio of workers to child dependents. Known as the “demographic dividend,” this scenario results in faster economic growth and relieves some of the strain on families.

But helping families plan the births of their children so pregnancies are safely spaced and families grow at a rate they can afford is an uphill battle. According to Mukaire, only 3 percent of women in South Sudan use a modern method of family planning, and a South Sudanese woman has an average of 6.7 children in her lifetime. Although many women do not have access to care, cultural beliefs keep some women who live close to a health facility from seeking care. Mukaire says that although Aurora’s home is approximately half a mile from the hospital in Nzara, she died giving birth at home and had only been to a health facility twice during her pregnancy.

Aurora was a member of her church choir, and active in the Nzara Diocese of the Episcopal Church of Sudan. She met the father of her baby at school and dropped out after becoming pregnant. When she went into labor at home, her grandmother, a traditional birth attendant, stayed with her for hours. Aurora delivered a baby boy, but the placenta was not properly expelled, a condition which causes severe bleeding, and she died eight hours later. According to Mukaire, traditional birth attendants have an important role to play as links with the community and in referring women to health facilities, but do not have the same preparation as trained health workers to handle delicate life-saving situations.

Soon before Aurora’s death, CHAS had initiated the Community Maternal Health Improvement Project, a joint project with the faith-based organization Medical Teams International, aimed at reducing maternal mortality in Nzara Payam before these three tragedies occurred. Forty-two community outreach workers, including a friend of Aurora’s, had completed training shortly before her death. Mukaire says the deaths of Aurora and the two other women deeply touched the community and now they are more committed to the maternal health program than ever.

The people of South Sudan have much to do to make safe motherhood a reality. When asked what she would like to see improved at CHAS member facilities, Mukaire points to greater access to supplies, expanded outreach to the community, upgraded facilities, enhanced technical skills for providers, and greater links between traditional providers and health facilities. The will to change is there. The systems are starting to come together, and with education for the community and adequate training, supplies and equipment for the facilities, CHAS and other faith-based organizations are changing attitudes and practices and saving the lives of women and children in our world’s newest nation.

How Japan’s Disaster Affected the World