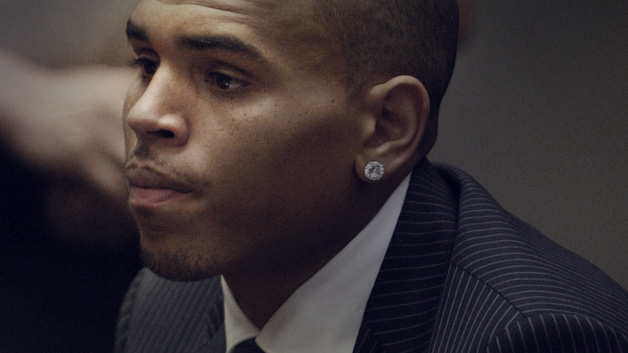 I’ll admit it. When I saw Chris Brown perform during the Grammys, I made a face and turned to my wife. “I really don’t like him,” I said to her.

And actually, I said a lot more in my head. “He’s sleazy. He’s sketchy. He’s abusive. He’s a terrible influence.”

I was a little ashamed when I reviewed the string of choice labels I’d just lobbed at the TV, but I shrugged it off and moved on.

Meanwhile, Grammy Producer Ken Ehrlich has stated that he was rooting for Brown: “I just believe people deserve a second chance. The year he had this year, really brought him back into the public. He really deserved a second chance.”

We can probably rule out the fans with the ill-advised tweets, which were at best a bad joke, and at worst glorifying something everyone can all agree is ugly. And Ehrlich’s second chance? Does his forgiveness hold Brown accountable for his actions?

You may even ask yourself if it matters at all. It may seem almost irrelevant, since Chris Brown is a celebrity, and our thoughts have pretty much no bearing on his situation or the greater controversy.

We tend to believe that when we give someone a second chance, that means we’re condoning whatever they did to blow their first chance.

In fact, “believe” may actually be the wrong word. Maybe it’s about fear. Maybe we’re afraid that if we forgive someone, people will think we’re condoning their actions.

In any case, that kind of thinking takes forgiveness off the table, because even if we concede that forgiveness is a good thing, as many of the most angry responders to the controversy have done, we could never risk the chance that we might start approving of the crime. Or even the appearance of approval. So don’t even ask, because I’m not going to do it. It’s not worth it. He hit her, and that’s wrong, and end of story.

That’s not true in all cases, though, right? If it were, then we’d be disowning our kids, returning our pets and moving to Fargo. In fact, we can be quite generous with forgiveness—so long as it won’t embarrass us. Mouthy kids? Unloving parents? Unfair parking tickets? Lazy spouses? We’re not so embarrassed by that stuff. No one’s afraid of their neighbors thinking they condone parking tickets.

But molestation? Domestic abuse? Infidelity? Violent crime? Don’t even ask, because I’m not going to do it. It’s not worth it.

Well, I’m going to go out on a limb and claim that’s a prison. Something we’re afraid of (people thinking we approve) is preventing us from doing something we know is right (forgiveness). If that’s not bondage, I don’t know what is.

So let’s be free of that. Say it with me. Free.

Forgiving a bully doesn’t mean you approve of bullying.

Forgiving a spouse doesn’t mean you approve of cheating.

Forgiving a company doesn’t mean you approve of bad service.

Forgiving yourself doesn’t mean you approve of your wasted youth.

If someone else wants to interpret it that way, then let them. Meanwhile, change the world around you through one act of forgiveness at a time. Chris Brown may very well be a bad man; I don’t know. But I know forgiveness is a good thing. Why? Because it’s been pretty darn good to me.

This article was adapted from a post originally published on the People of the Second Chance blog.

Remembering the Faith of Whitney Houston