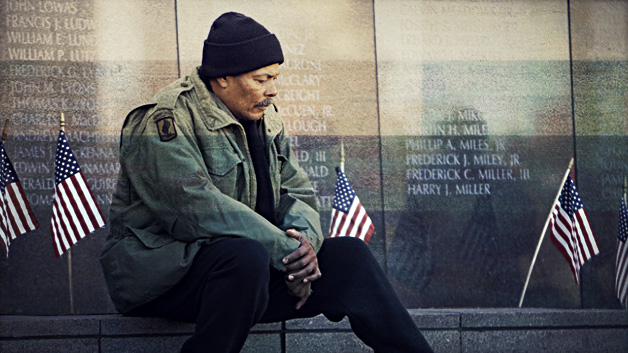 Every year on the 11th of November, the United States celebrates Veterans Day, a day we memorialize those who served our country in the Armed Forces. CBS did a study in 2007 which found that in 2005, an average of 17 veterans killed themselves every single day. As for active duty service members, in 2009 and 2010, there were more suicides than there were combat fatalities in Iraq and Afghanistan combined (the data for 2011 is not yet released). In the midst of the most prolonged conflict our nation has ever undertaken, it would seem that care and concern for our veterans would be absolutely central to our public discourse, in both the political realm and the ecumenical realm.

West Point ethicist Lt. Col. Pete Kilner has said that training our sons and daughters to sacrifice their normal reluctance to killing carries with it the obligation to help soldiers cope. Our national and religious leaders are obligated to turn their attention to the social plight of soldiers and veterans. This obligation does not recede during an election year; our pastors and presidents will always have a responsibility to turn their eyes toward the people that Jesus himself prayed forgiveness for on the Cross. Our concern is not to emerge solely from the honor owed them for their service—it is a theological imperative.

Combat veterans not only have been falling on their own swords more frequently than have been falling to the sword—they have also failed to return their swords fully to their sheaths. Two recent news stories illustrate the urgency of turning our attention toward the mental and spiritual health of those who conduct violence in our name. In one, on New Years Day, a park ranger was killed after attempting to enforce a vehicle checkpoint at Mount Rainier National Park in Washington. Shortly thereafter, a serial killer stabbed four homeless men near my own home of record in Orange Country, California. In each story, the perpetrators were Iraq War veterans.

“No more can we simply fail to see the deep need of those right there in the pews next to us or sitting beside us in class or at work.”

Stories like these are becoming startlingly common, and they point to the extreme urgency to take our care for our nations service members much more seriously. Service members make up less than 1 percent of the U.S. population, so it doesn’t surprise me when I learn that war and military service don’t make it onto the radar of our presidential candidates or religious leaders. But the Church is called to have a special concern for the least of those among us. We must not remain silent, no more can we simply fail to see the deep need of those right there in the pews next to us or sitting beside us in class or at work.

In the first week of November last year, Richard Land of The Ethics and Religious Liberty Commission of the Southern Baptist Convention and Jim Wallis of Sojourners did a series of interviews speculating together about what issues would be prioritized in the evangelical world; immigration, the economy, care for creation, energy independence, world hunger, even gay rights and abortion made their list. Evangelicals will have a lot on their plate this year.

Disappointingly, nowhere in their discussions did the matter of our veterans returning from war find voice. In the shadow of Veterans Day, in our eleventh year at war, two prominent evangelicals, representing both ends of the political spectrum, were silent about the human cost of war. Their omission was a dangerous oversight.

We must always remind those in elected (and ecclesial) office that past and present military personnel not only deserve our attention, it is something they desperately need. This year Veterans Day falls on a Sunday, less than a week after Election Day—a great reminder that the plight of our military personnel existed well before the elections and will continue well past them.

I discovered, through work I do for Centurion’s Guild, that before being known as Veterans Day, Nov. 11 was Armistice Day—a day of mourning the fact that WWI failed to be “The War to End All Wars.” But even before that, it was the feast day for the patron saint of soldiers and chaplains, Martin of Tours. Martin served nearly 25 years in the Roman military and saw how government worked, having worked closely with Caesar Julian in the Praetorian Guard. In the end, he laid down his sword and became a priest, convinced that the best way to inaugurate change is not just through the political process, but with proactive Christian charity. This year, don’t let the immediacy of the election cycle drown out the urgency of the few, the pained, these war-torn warriors.

Logan Mehl-Laituri is an Iraq veteran and a student in the theological studies program at Duke Divinity School, where he is a founding member of Milites Christi. He also acts as the Executive Officer of Centurion’s Guild and is the author of Reborn on the Fourth of July (InterVarsity Press, 2012).

APA Reassesses the Definition of Autism