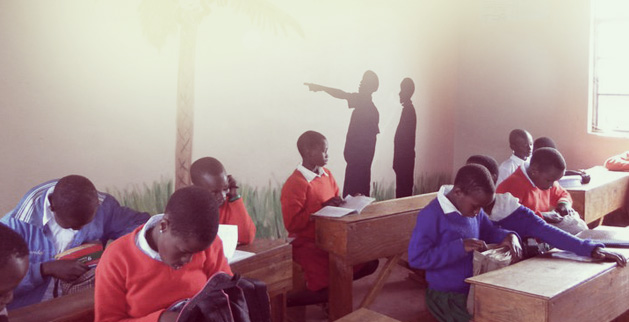 Not long ago, hope seemed distant to the Kuria people of Tanzania. They were living in a war zone: two rival tribes ransacked one another’s villages, killing people and stealing their cattle. Many children were left with one or no parents from this tribal violence. The challenges of poverty, AIDS, illiteracy and lack of access to health care also held a strong grip on the Kuria. But much has changed since 2006, when Teamwork Ministries started the City of Hope (COH) in Ntagatcha village in Western Tanzania. At the COH’s Christmas celebration in 2010, more than 1,000 people from the surrounding villages (once main tribal war zones) were gathered peacefully. The killing has stopped and the cattle thievery has declined.

What has made the difference? Hope.

The COH built a mission center and a children’s home that houses more than 90 orphans (or children from families who cannot provide for them) from the area, where the children go to school and help grow their own food.

“The City of Hope provides [the orphans] with education, agricultural training, practical skills and a Christian environment,” says Kyle Ledyard, who served as the manager of building projects and maintenance at the COH from May 2010 to June 2011.

Alaina Ledyard served as a librarian, teacher and nurse at the COH for eight months. “Even though the orphans at the COH had nothing when they came and still do not have much to their names,” she says, “they are the happiest, most loving children I have ever met.” These children, once alone and impoverished, now have hope for a better future and hope in Christ.

Hundreds of children from the surrounding villages attend the COH school. A medical center that will serve thousands of people in the region is under construction.

“The COH really is working to bring hope to the surrounding area. It’ll be really wonderful when the hospital is up and running because then the people in  the villages will not have to go to town (about a 45-minute drive on bad roads by motorcycle) for prenatal care or emergencies or anything like that,” says Amy Layman, who served at the COH from September to December of 2010.

Through caring for these people, living among them, teaching them about God and meeting their needs, the missionaries and volunteers at the COH are showing the Kuria people the love of Christ. Hope is no longer distant; it is among them.

When Mary Beth Davidson arrived at the COH in October 2010, her main task was to homeschool the children (Hannah, Josiah and Josh) of a missionary family (the Murrays) working at the COH, but she did much more than that, investing countless hours into building relationships with the Kuria themselves.  She went on walks every day, visiting with the people. She and Hannah led devotions for the orphans twice a week and Davidson would play guitar and help with the orphan-led worship on Sundays.

Davidson’s daily walks and interactions with the people enabled her to learn Swahili quickly. One day, Davidson and Hannah visited an elderly woman named Bibi. The Kuria always offer guests food and drink and the guests must eat or drink whatever is offered. Bibi offered each of them a mug of busara—which is made out of millet and fermented for two months. It looked and tasted terrible. Davidson managed to drink enough of the busara to make Bibi excited that she drank it, but not enough so she would refill the mug. Hannah couldn’t drink hers, so Davidson switched cups and drank hers as well. They sat in the house and talked with Bibi in Swahili for several hours. When they were about to leave, Bibi gave Davidson a chicken and told her she was the best white Swahili speaker she’d heard. “You are Kuria—one of us,” she said. It is intentional relationships like these that show the Kuria the hope that comes with the love of Christ.

“Having nothing is what gave us everything,” Davidson says. “Relationships gave us hope in a world otherwise harsh.”

Davidson sometimes visited the church of her friend Maria, an African sewing teacher at the COH. In a service, when it was time for the offering, a nasty, old suitcase was set up front. A tiny, elderly woman walked down to the front with a cane and laid two ears of corn in the suitcase. A man, also with a cane, gave some tomatoes and papayas. Another lady gave a few, nearly worthless, Tanzanian coins. These people had nothing—yet they found joy and hope in Christ and wanted to give Him whatever they could.

Davidson herself learned about the strength of this hope in a very personal way when she became so ill she had to return to the United States in May 2011. After she was home, she spent months praying and fasting, learning to stake all her faith in Christ in the midst of her sickness. God miraculously healed her and she has been in good health ever since. Though she planned on returning to the COH, her plans changed and she is now enrolled in seminary to become a full-time international missionary.

“COH gave me new hope in everything, including my walk with Christ and an even deeper love for the nations. City of Hope is just that—a place where hope abounds and teaches those living there about what really matters.”

Laura Coulter is a writer and a fan of laughter, ultimate Frisbee and singing while driving. She blogs at knownrenowned.tumblr.com and tweets by way of @kentuckygirl729.