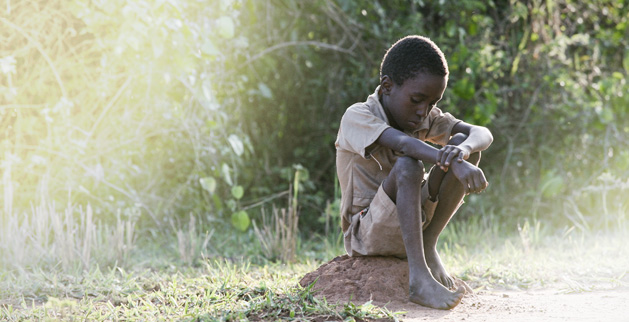 Diagnosing the Roots of AIDS

I’m 22, and I care about AIDS. Nothing shocking there, right?

Wrong. Working with World Vision, one of the biggest Christian humanitarian organizations in existence, has shown me that things are not so simple.

It’s hard for me to understand the negative attitudes towards people with HIV and AIDS, because I grew up in an America that accepts AIDS as an important issue. For my generation, reaching adulthood in the new millennium, it’s normal to care about AIDS. And that is why it blows my mind to hear people describe how it used to be: an America that barely sympathized with those affected by HIV. An America that largely lumped all AIDS victims together as “deserving” of their fate.

The truth is, change only happened recently. To truly understand the complexity of the global AIDS crisis and become the next generation of effective activists, we need to recognize that change.

While stigmas do persist, the Western world has begun to see the epidemic through new eyes.

AIDS was never a simple issue, but major stigmatization in the 1980s-90s tried to simplify it and sweep it like dust under the carpet. Breaking through that stigma and proving that “AIDS victims” come from every walk of life—that they do not fit under one label, that they do not deserve to suffer—has taken massive effort by many activists.

Moving into the 2000s, the U.S. was finally beginning to absorb the complex ripple effects of the epidemic: children were orphaned by AIDS or infected while still in the womb. Stigma prevented those who most needed it from obtaining treatment. Rape and violence against women fueled the spread of HIV, as did ignorance of how to handle AIDS in prisons. Patented and expensive medications meant poor nations could not afford treatment. AIDS reinforced the cycle of poverty.

Nothing is simple about AIDS.

While stigmas do persist, the Western world has begun to see the epidemic through new eyes. Just last year, President Obama rescinded the travel ban that prevented HIV-positive people from entering the United States. Celebrities like Bono and Scarlett Johansson have taken on the AIDS fight as their personal mission. By now, much of the Christian community has stopped ignoring AIDS as a morally “murky” issue.

“Of [Christian] evangelicals polled in 2000, only six percent felt it incumbent upon them to respond to the AIDS emergency,” Bono said in a 2006 PBS interview. “I was deeply offended by that, so I asked to meet with as many church leaders as I could, and used examples from the Scriptures.”

And over the past decade, things have changed. “I was amazed at the response, because a lot of people changed their mind, which was amazing,” Bono added. “In fact, I would argue now that the evangelical community, particularly the young ones, especially in the Christian music scene, are some of the most active activists we have.”

Now, instead of looking the other way, Christians are joining the AIDS fight. Faith-based organizations make up 30-70 percent of Sub-Saharan Africa’s health infrastructure, according to the World Health Organization. For World Vision, the largest Christian global relief and development organization in the world, the transition to focusing on AIDS took some effort to change entrenched ways of thinking.

“It was hard initially to get AIDS on the table as issue for World Vision,” says Bob Zachritz, World Vision’s Director of Advocacy and Government Relations. When World Vision decided to start focusing on AIDS in the late ’90s, it took half a decade to bring everyone on board.

“At the time, there was a general belief then that if you got AIDS, it was due to improper behavior on your part,” Zachritz says. “But the reality of AIDS is that yes, there are people who got AIDS from their own behavior and choices, but there are also people who got AIDS because they were raped, they had no choice, they were forced into prostitution, or their mother was HIV positive and they were born HIV positive. You’ve got to tell those stories.”

As Zachritz puts it: “It didn’t matter how your parents got AIDS—they’re dying, and you’re left orphaned.” Based on that mentality, AIDS became the number one advocacy cause for World Vision for nearly a decade. World Vision ACT:S was first created as “Acting On AIDS.” Zachritz and others on his Advocacy Team began working closely with Capitol Hill.

Due to the work of World Vision and many other NGOs and activists, things have gotten better. I’m glad I think it’s “normal” to care about AIDS. Our generation is living proof that the stigma against AIDS is vanishing, little by little.

Diagnosing the Roots of AIDS