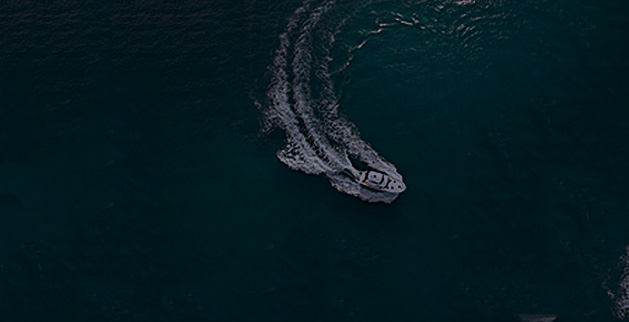 Our generation has taken a step in the right direction. By rejecting the perceived Jesus-will-come-and-make-it-all-better doctrine that lends itself to stasis, we have taken up the mantle of social justice and have accepted the fact that the Kingdom of Heaven requires some blood, sweat and tears. Even still, it is easy to get bogged down in the perpetual flow of bad news. This is where I find myself on a day-to-day basis: grappling hopelessness and trying to keep my head above water long enough to gasp out a prayer for hope.

This summer, I found hope in a man with whom I could barely communicate. He wore a suit as dark as his hair and a smile. When I first saw him, he was surfing the Internet in a tiny church in a tiny town in South Korea. I had seen his face on my own computer screen dozens of times and knew his story by heart. I had run through countless hypothetical conversations in my head, but when we met all we could do was cry.

North Korea is the northern half of the Korean Peninsula just below the mainland of China. For the past 60 years, North Korea has been dominated by the darker side of Communism. Since the country’s inception in 1948, a single family has ruled unchallenged. Due to the family’s belief in Communism as an economic (as well as political) system and radical sense of nationalistic pride, the government has systematically rejected most foreign food aid. Any food accepted goes first to the Party Members. What little remains (hypothetically) trickles down to the working class. The fact that 45 percent of children in North Korea suffer from malnutrition is a testament to the effectiveness of this system.

Back to the man in the suit. His name is Pastor Kim Seung-Un. Pastor Kim is a South Korean man who seeks to relieve the pressure the North Korean government places on the shoulders of its citizens. This task, however, is obviously daunting. A country that refuses foreign aid, kills missionaries and surrounds its border with a 2.5-mile wide landmass covered with landmines (the Demilitarized Zone) is not exactly a friendly neighbor asking for a lump of sugar. Pastor Kim’s unique approach to serving the North Koreans is as active as the forces that oppose him.

He gets on a boat and picks them up.

When I tell my South Korean friends about this pastor’s plan for reaching out to the North Koreans, most of them laugh. They tell me that an approach so blatantly dangerous would be stupid for both North and South Korean parties involved. Pastor Kim thinks otherwise. He sees it as the best option for improving the conditions of life for his North Korean brothers and sisters.

Here’s the plan: A North Korean family is starving. They receive no food from the government, and what little provisions they have are taken from them forcibly or become part of their survival rations. If the family has reason (such as an unexpected pregnancy) to risk their lives for food and freedom, their best bet is to continue north and cross the Chinese border. This is not hard, as the only thing separating them from China is a river and a few bribable guards. The problem, however, comes about once the North Korean family has made it into China.

All along the Chinese border are pockets of Korean culture—basically villages that occur when North Koreans flee their country. Because these villages are separated from the Chinese people by cultural barriers, they have a hard time finding work and are generally looked down upon as foreigners. Most North Korean women living in these border villages can find work as prostitutes, and the men can move drugs, but this lifestyle, although better than that in North Korea, is undesirable. It is simply a movement from injustice to injustice. These village dwellers, however, are at a distinct advantage: They can communicate with the rest of the world.

Pastor Kim’s story is familiar to me: He is Robin Hood—the hero who has managed to “work the system” and use his talents to bring about the benefits of the underprivileged. Like Robin Hood, he has a keen eye for injustice and a nose for what I can only think to call mischief redeemed. I stayed with him for three weeks this summer and communicated through a translator. Over those few weeks, I felt my faith in the Kingdom of God being restored. Although the problems in this world were not diminished, I felt empowered by this man. It is my desire to share his story with you so that you, too, may see that despite the injustices that bombard our television screens every day, there are men and women who find meaning for their lives in the work they do to advance the Kingdom of Heaven.

Schools Not Worth the Loan Debt