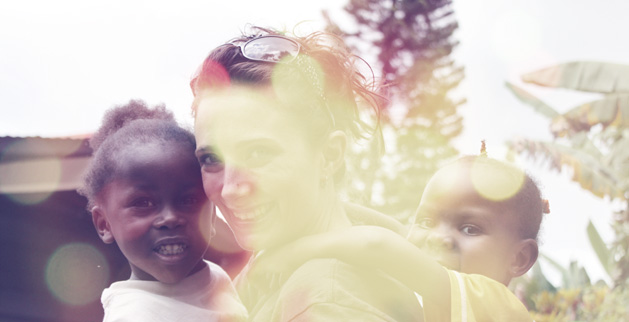 Hookah smoke chokes the bar and nut bowls are picked clean as blogs are updated and Twitter feeds are scrutinized. If it weren’t for the Arabic crooning of sexy Lebanese pop stars on the TV, you’d hardly be able to tell that the volunteers were lounging in a cafe across the street from an Israeli checkpoint and not their local Starbucks.

Most of us have been there. Well, not literally “there,” but in their shoes. All enthusiasm and passion when the plane leaves, ready to “reach out” and make an impact in the lives of the Thai, Kenyan, mothers, orphans, human trafficking victims who we are going to minister to. And then the rubber hits the tarmac and the humidity engulfs you, the old lady hands you a cup of tea with something floating in it, the children stare at you blankly and a wordless game of Chicken begins.

Short-term missions are supposed to be difficult, right? No one bought your mediocre fundraising spaghetti plate for you to increase your risk of melanoma. But as we’ve recently all heard, good intentions do not good missions trips make. In order for a trip to be a success, something should be accomplished—a well should be dug, VBSes should be led, English should be taught, sí?

But as a tenured STM team leader told me, “Finishing projects is only 2 percent of a successful trip.” The rest, she said, is relationship. Developing deep and meaningful relationships with the very people you are there to impact. I think most of us know that—it’s in a handbook somewhere. But what isn’t is that when the bus finally stops at the appointed location, many of us would rather stay on than get off. And it makes sense—all our friends are on the bus, the bus is air-conditioned, it has its own bathroom. And outside looms the unknown and unfamiliar, real people who have real families and are wondering, “Really, why did you come here?”

The obvious answer to that question does not negate the daunting process that is takes to make it a reality. For me, it took years. I’d perfected the art of only mingling with locals under the age of 7 (I find children much less judgmental). I didn’t see why or about what I should talk to adults. I didn’t feel that I had anything to share with them, and what could they possibly tell me that I hadn’t learned in Sunday school? It’s embarrassing to admit that although I have been to many countries, in many of those countries, I have not one friend.

A study performed by Professor Ver Beek from Calvin College reveals that in 2006, 2.2 million Americans went on short-term mission trips, backed by nearly $1.6 billion. This tsunami of missions should be transforming sheltered middle schoolers and their small-group leaders into more gracious, other-minded individuals, but as Dr. Robert Priest, professor of missions and evangelism director at Trinity Evangelical Divinity School stated in his correspondence with Professor Ver Beek, “We discovered … that M.Div. students who had done STM abroad were just as ethnocentric as those who had never gone. That is, STM is as likely to increase ethnocentrism as to decrease it.” So what is missing then? There must be a fundamental flaw in the way STM are structured and implemented.

Culture shock and language barriers definitely play a role in this deep division, but there is an even deeper culprit lurking beneath the depths: We don’t want to get to know them and we don’t see anything wrong with that. It’s harsh, I know, but if we did, we’d learn enough to communicate; we’d close our Macbooks and sit with grandmas, hold their hands and listen to their stories. Somewhere since the Moravians first sold themselves into slavery to reach Africans on slave ships, missions have lost their powerful emphasis on relationship to instead focus on the numbers; we forgo the arduous task of friendship building and the necessary training and cultural briefing that it takes to prepare to shed our comfort cocoons and “reach out.” Instead, we’ve settled for the immediate bonding of our fractious and clique-ridded youth groups and a splash of personal growth.

There’s a word we are missing: reciprocity. Commonly defined as “the practice of exchanging things with one another for mutual benefit.” Without it, missions looks something like this: Party A [us] believes it should give to party B [them] and in turn party B believes it has nothing of value to give to party A. This type of anemic relationship is called “co-dependency” by counselors, and it has become a faulty dogma in the mission’s world.

But reciprocity is not some new-fangled experimental strategy. Heck, the disciples did it. They meandered their way into villages with nothing more than a pair of Chacos and a buddy, needing sustenance and a place for their weary heads. They gave and expected in return and in doing so conveyed a sense of dignity and respect for their hosts. A relationship, a ministry, a mission trip without reciprocity is doomed to failure because it does not operate on God’s paradigm: that all of us are made in His image and deserve to be known and loved.

It’s true, you most likely will not build a bond that will last a lifetime in one week of holding HIV/AIDS-affected babies, but what you will do is make a conscience effort to see the world the way God sees it. Pull yourself out of that neat passport identity it’s so easy to cling to. Stretch to know God through the eyes of someone who hasn’t experienced the same Family Guy episodes, ACT prep and divorce scenarios as you. I promise it will only hurt at the beginning and at the end. The beginning because it’s awkward and difficult, the end because you will be leaving something valuable behind: a friend.

Why Did it Have to be Deer-Eating Snakes?

Caring for the Exiled