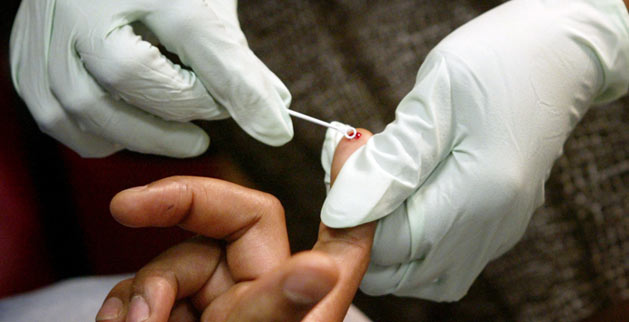 Underneath every injustice and crisis are layers of root causes. These complexities can often be paralyzing and overwhelming. My wife has become obsessed with the proliferation of crime and detective shows that clutter prime-time television, including CSI Miami and New York, NUMB3RS, Cold Case, etc. While I’m far from an expert or avid watcher, I’m amazed by our culture’s infatuation with crimes and solving mysteries. Most of the shows are adaptations of real-life cases, modified and often exaggerated for a television audience. In almost every show we see a crime take place, then a flashback that provides clues around the motives behind the crime and who the culprit may be. Apprehending the criminal requires careful questioning of witnesses and suspects, meticulous analysis of evidence and an often elaborate mapping out of the connection between seemingly disparate clues.

Transformed nonconformists must apply the same degree of rigor in mapping the injustices that we see in the world around us. We must understand the ways in which these four biblical forms of injustice interact with each other, often causing a chain reaction that exacerbates the original injustice. The crisis of HIV/AIDS provides a compelling and concrete illustration of this phenomenon.

I have a photograph that I keep posted on my desk as a constant reminder of the friends I’ve lost and the communities that have been devastated due to the AIDS crisis. The photo was taken during the summer of 2000 in a rural village outside of Lusaka, Zambia. I spent a summer working with a development NGO called Africare around HIV prevention programs targeting young people. The photo shows an old man who is already a great grandfather, sitting with his back facing a group of his grandchildren who are staring expectantly in his direction. The epidemic had turned upside down expected social roles. In the sunset of his life, this elderly man must now serve as the caretaker for seven children, all orphaned by AIDS. In an era of life in which his children should be caring for him, this grandfather must now serve as the sole caretaker for his grandchildren because his children’s lives were stolen by AIDS.

After a summer in Zambia listening to people’s stories and witnessing firsthand the destruction caused by the epidemic, it became clear to me that just as the HIV virus attacks the weakest parts of a compromised immune system, AIDS disproportionately strikes the weakest members of our society. In 2000, most health clinics were only able to offer palliative care to ameliorate people’s pain before they suffered an inexorable death. Prevention programs consisted largely of posting billboards warning about the deadly consequences of unprotected sex and telling young people to abstain. Yet these responses were grossly inadequate and failed to address an entire set of root causes that also had to be addressed in order to stem the tide of the disease.

The root causes examined earlier were all at play in the context of the epidemic, including unjust domination, unjust greed, unjust violence and unjust exclusion. Unjust domination was evident in women’s lack of power to say no to sex in many countries and their inability to require their partners to use a condom. Many young girls contract the virus due to exploitative relationships with older men who promise to pay their school fees, give food or offer other trappings of a better life in exchange for sex. Unjust violence fuels the epidemic as rape is often used as a weapon of war and is alarmingly common in some of the most affected countries. Unjust exploitation came into play as greed fueled the exorbitant cost of AIDS drugs, which were almost entirely out of reach for most people living with HIV. In 2000 the average cost of a year’s worth of life-prolonging AIDS medicine cost 30 times as much as the annual income of the average Zambian. These prices were driven higher due to excessive pharmaceutical profits and to companies’ initial resistance to the production and distribution of generic drugs in resource-poor settings. People living with HIV also suffered from unjust exclusion. A shroud of silence, stigma and shame prevented people from getting tested and stigmatized people living with HIV/AIDS had become the leprosy of our time as social death often precedes a physical death.

These root causes form a web that has to be disentangled in order to reverse the epidemic. As a result of these interlocking injustices, the Student Global AIDS Campaign embraced a comprehensive approach to addressing the crisis, consisting of: combating sexual violence and gender inequality, advocating for cheaper AIDS drugs through reduced prices and greater access to generic drugs, connecting the fight against AIDS to the broader fight against poverty, and working to eradicate stigma and discrimination against people living with HIV.

When I try to see the HIV/AIDS crisis through God’s eyes, the acronym Human Immunodeficiency Virus (HIV) takes on a dramatically different meaning and becomes an opportunity to “Heal the International Village.” AIDS exposes our deepest fears and prejudices around issues of sex, sexuality, drug use and gender. Too many in the Church have fallen back on negative moral judgment that either blames or closes the door to those most at risk. Some Christians still falsely believe AIDS represents a punishment for sin, just as lepers were often blamed for their condition during the time of Christ. Fortunately, the majority of churches have moved from a posture of blame and condemnation to one of compassion and love. Stopping the AIDS epidemic requires nothing less than overcoming our fears around otherness and addressing the very root causes of people’s vulnerability and marginalization. Who do I mean by the “other”? In ancient Israel the other would refer to the leper, the sex worker, the sick and the poor. In today’s age of AIDS, the other is too often the IV drug user, the sex worker or the gay man or woman. But after spending a summer in Zambia, I was filled with the hopeful realization that God had given us the tools to fight HIV/AIDS and in the process heal a great deal of the world’s brokenness. What was missing was the social and political will. Generating social and political will represents the job of transformed nonconformists.

Transformed nonconformists can apply the root causes of unjust domination, violence, exclusion and exploitation to better understand and overcome almost any injustice. We must take some invaluable cues from Jesus Christ, who modeled a commitment to expose and address injustice in His midst.