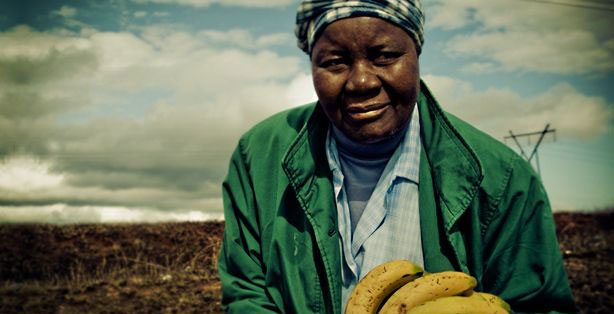 I had always seen South Africa as having a unique importance for the continent. When I first studied African history and culture in university, I wrote in a notebook one day, “It if were not for South Africa, would anyone have any hope left for this continent?” In every statistic, South Africa shone while others fell further and further behind. In 1994, South Africa’s racist apartheid regime ended as black South Africans proudly stood all day in lines to vote for the first time. Under their new black president, former prisoner Nelson Mandela, a radical Truth and Reconciliation Commission offered forgiveness to anyone who confessed to crimes committed under the racist regime, and hope overflowed for this new “Rainbow Nation.” If South Africa could succeed, many people reasoned, maybe the rest of Africa could, too.

Then in graduate school, I had a similar sense that in the midst of a world of failing attempts at development, one thing was succeeding. This time instead of a country, it was a method: microfinance. In developing countries around the world, microfinance organizations operated by offering small loans—as small as 10 dollars—to people interested in starting or strengthening small businesses. Clients paid back the loans with relatively low interest and the amount they could borrow increased each time they successfully paid back a loan.

Often the programs focused especially on empowering female borrowers, who were statistically more likely to use their profits for food, education, clothing and other purchases that benefited their entire families. By expecting people to generate their own business ideas and create their own profits, the programs created employment and avoided the “handout” mentality of many development programs. Microfinance was all the buzz in international development. The United Nations declared 2005 the International Year of Microcredit, and in 2006, the year we arrived in South Africa, Mohammed Yunus and the microfinance organization that he founded in Bangladesh, the Grameen Bank, won the Nobel Peace Prize. Microfinance seemed effective, sustainable and empowering all in one.

So when, on my husband’s 10-day trip to South Africa to check out work possibilities, he heard about a brand new microfinance project looking for a managing director, we jumped at the chance. It seemed like the perfect intersection of promising place plus a promising program. What could be more heartening? In a country of hope, here was a program of hope that used our MBA training. Our assignment was to join the one-year-old project as local directors of a five-year pilot aimed at empowering people in an impoverished rural area to start and improve small businesses. We would experiment until the kinks were worked out of the program, constantly adapting and revising the program until, presumably after five years, we had a model worth multiplying across the country or even the continent.

But it was not turning out to be as easy as we had hoped.

Rolling past house after house, I marveled over the apparent void of entrepreneurship. In every other developing country my husband, Adam, and I had visited, from Latin America to Asia, we had seen people at equal or lower economic levels churning out micro businesses. Where among these rows of thatched-roof houses were the street vendors walking the streets with bananas and baked goods on their heads, calling out their wares? Where were the noisy lines of market stalls full of spices and smells? How did these people survive, when by all appearances no one was buying or selling anything except on monthly pension day?

One piece of the puzzle was South African history. Under apartheid, black people were essentially forbidden to own formal businesses, so for generations this culture had been void of role models in business, while white-owned businesses gained market share and experience.

Slowing to a stop on my way to my meeting with Nikiwe, a local woman who needed help with her business, I peered carefully both ways before pulling out onto the paved road. Across the road loomed the only major employer in Amangwe, a shoe factory. Like many factories across South Africa, it was intentionally placed in a “blacks only” area during apartheid to give black people just enough income to stay alive and out of white areas. The days, other less-developed countries could pay even smaller amounts of money for labor than South Africa does, and factories like these cut their employees to a fraction of what they once employed. The shoe factory still assembled some shoes, but it mainly distributed shoes made in China.

Still I believed the concept of small businesses in South Africa was not a hopeless cause. Some large microfinance institutions in South Africa boasted as many as 35,000 rural clients each, and numerous smaller faith-based programs also offered loans or business counseling that changed lives, one client at a time. I just didn’t see many signs of success in Amangwe.

Recently a church member quietly told me that Nikiwe might need some help with her business. The only problem was that our organization only approved loans for groups. When I visited Nikiwe, she explained to me her belief that groups would not work in her culture.

Usually when I asked people how we could improve our microfinance organization, they shrugged or gave short indirect answers. Here was a woman with a real theory about why people defaulted on loans, and she was looking for a way to describe it.

“Let me say this,” she continued. “These people have never seen a white person really poor. They have never seen anyone who is white who is walking with his own feet, or having no car, or no home. They think if you are white, you have everything.”

She explained that she watched many businesses come and go, while she kept hers going day after day. “Since I was a Christian, I see that my life is continuing, and I remember to have hope for tomorrow.”

This article is an adapted excerpt from Into the Mud by Christine Jeske. Used with permission. MoodyPublishers.com

Digging for Hope in Haiti