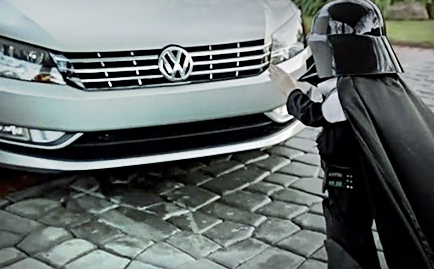 Last night, the Green Bay Packers beat the Pittsburgh Steelers in Super Bowl XL. The Packers’ quarterback, Aaron Rodgers, was declared the MVP. He’s going to Disney World. Game over, right? Heck, no. Green Bay fans are still partying and planning a parade. Pittsburgh fans will be reliving every down until the next time the Steelers make it to the Super Bowl and are able to redeem the loss.

But let’s be honest, the Super Bowl isn’t about football anymore. It’s about commercials—the most anticipated and expensive (at $3 million per 30 seconds) commercials of the year. We think that this year’s Super Bowl ads deserve to be considered for some very special awards. We’ve chosen the categories: best celebrity/brand personality appearance, best pop-culture reference, best use of animals, best use of special effects and best variation on the Super Bowl theme. But no matter what rumors you’ve heard about fat ladies singing (whoever started that circulating must have been thinking more super-Glee than Super Bowl), it’s really not over until you vote for your favorites. [Editor’s note: We’re posting some of the commercials below, but to see all of them, click here.]

In the category of best celebrity/brand personality appearance, the nominees are …

Best Buy: Justin Bieber and Ozzy Osbourne in “What’s a Bieber?”, or as we like to call it Tron: Insanity. As for the answer to the Ozzy’s question, we have no idea, and we’ve been trying to figure it out for a while now. After tonight, we officially give up.

Snickers: Richard Lewis and Rosanne Barr in “Hungry Divas Whine.” We think this ad is perfect, if only because there are few people we can imagine we’d enjoy seeing hit with a giant log more than Rosanne.

Teleflora.com: Faith Hill in “Write what’s in your heart, but maybe not that.” As it turns out, telling someone to follow his heart is not always the best idea, because he might send his girlfriend a Valentine about her “rack.” Newsflash for this misguided, random guy: Faith is wrong. After your girlfriend gets that message, she will think you’re dumb. In fact, we all think you’re dumb.

In the category of best pop-culture reference, the nominees are…

Audi R8: The Godfather revisited, or “There’s a grill in my bed!” In the movie, the found object, a horse’s head, was much more alarming, and the sheets were bloody. In the commercial, the found object is a car’s grill—not so creepy. We say, “Hey man, hold the freak-out.” All you have to do is get to your Audi dealer and make him an offer he can’t refuse.

Volkswagen: “The Force” It’s Darth Vader with an assist. We think it’s cute and all, but the Star Wars films will never be the same. Somehow Vader doesn’t seem nearly as menacing and powerful anymore.

Hyundai Sonata: “Don’t Settle” What would happen if we always stayed with the first thing that came along? Our general take-away from the commercial which focuses on technology: innovation would stagnate and we’d all look stupid.  Don’t let this happen to you. But does that mean you should buy a Hyundai?

In the category of best use of animals, the nominees are…

CareerBuilder.com: The Chimps in “Caught between a Bad Job and a Hard Place.” There’s only one problem we can see with this commercial: Everybody can’t be the person who works with a bunch of monkeys. Statistically, some employees must be the monkeys. But then, where does that leave us? Wait! Don’t answer that.

Doritos: The Pug in “Don’t Mess with the Vicious, Attack Pug.” We suggest that this commercial is an excellent reminder for all of us not to underestimate the power of small things—the power of small lungs to project the loudest screams, the power of a Smart Car to ensure passenger injury in an accident, the power of Tom Cruise to be annoying and sound crazy 90 percent of the time. That’s a lot of dangerous potential for small, not even remotely threatening beings and machines. Who knew?

Bridgestone Tires: The Beaver in “Sigh of Relief” What could possibly be more entertaining than future road kill bonding with a human over their respective near-death experiences. We say “nothing.” Okay, maybe there is something—a few hundred somethings (whatever…so maybe it’s kind of lame)—but if a beaver ever salutes you from the side of the road, we guarantee you won’t think that’s lame. Weird? Yes. Lame? No.

Budweiser: The Clydesdales in “An Old West Showdown a la Elton John.” We are, for once, at a loss for snark, thanks to the Clydesdales not Elton John. Hmm … maybe not completely at a loss. But overall, the Budweiser Clydesdales bring unmatched class to their ad, as always.

In the category of best use of special effects, the nominees are…

Kia Optima: This commercial “One Epic Ride” brings together modern and ancient peoples, spies, aliens and mythological gods all vying for … an Optima. The journey is visually stunning, if not logically sound. Seriously, a fight like that doesn’t happen over a sedan.

Coca-Cola: A fully-animated, firework-breathing dragon is about the coolest thing we can imagine as long as you aren’t standing directly in front of it when it decides to exhale.

Nascar: Yes, we said Nascar. Sorry, but stock car racing is not just for rednecks anymore. Laugh if you want, but we think you will have to acknowledge that this Nascar ad, which depicts a carnival Ferris wheel coming off its frame and turning into a free-moving thrill ride uses special effects at least as well as the other nominees in the category. We’re not saying you have to watch the Daytona 500, but no, your IQ won’t drop if you do.

In the category of best variation on the Super Bowl theme, the nominees are…

House: In an ad that might be titled simply “Our House,” Fox juxtaposes the common football huddle chant phrase with the television show, House. We must confess we noted a definite similarity in the hostility levels between the football players and Dr. House. Of course, a football team consists of about 40 people preparing for battle, and Dr. House is just one person, who apparently didn’t realize when he chose to become a doctor that he would consistently have to associate with his patients in order to help them. But we won’t nit-pick.

Chatter.com: In this ad that aired just before the half-time show, an animated will.i.am of The Black-Eyed Peas is telling everyone how he uses Chatter.com to keep track of his business life, when Fergie (in animated form) has to come drag him on stage for the half-time show. The commercial’s animation is a little strange, but then, so are the Black Eyed Peas.

The NFL: “Football Fans from Television” This montage includes everything from Happy Days to Seinfeld to Modern Family. No sarcasm here. You have to see it.

This completes the nominees. May the best commercials win. Hands in. “Let’s vote” on three…one … two … three … LET’S VOTE!

Below, cast your vote for the winner in each category. Vote early, vote often. We’ll announce the “winners” in slices tomorrow. You don’t win anything except the eternal glory of having your screen name in slices for all eternity.

Rachel Decker writes a bi-weekly column about television for RELEVANTMagazine.com. Check out her blog at http://racheldeckerspeaks.com/

Spotted: Unreleased iPad, Out and About

Rebelling with the Next Generation