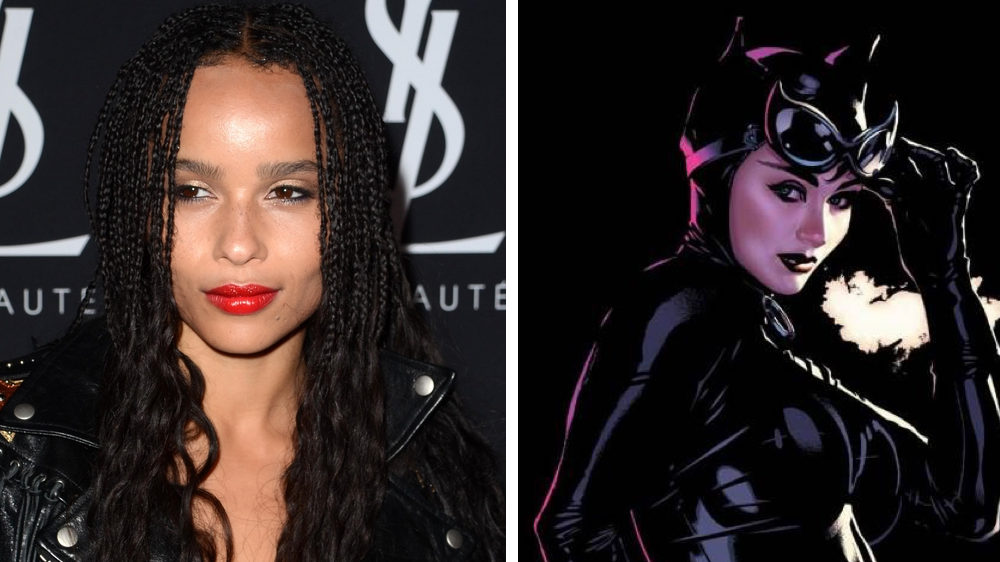 The minds at DC Comics have found an interesting way to get around Bat-fatigue: by making Bat-movies so with casts so intriguing you can’t help but wonder what on earth they’re going to be like. The Joker is well on its way to setting a record for R-rated movies at the box office, thanks in no small part to word of mouth about Joaquin Phoenix’s mesmerizing performance. And Matt Reeves, the guy behind the Planet of the Apes movies, has famously chosen Robert Pattinson to be next in line for the Bat-mantle. And while we’ve heard a lot of rumors about who will share the screen with him (still no official word on Jonah Hill), we’ve finally got some intriguing official word. Zoe Kravitz, fresh off Big Little Lies and Mad Max: Fury Road, is going to be making Batman’s life more complicated as Selina Kyle: better known as Catwoman.

It’s a smart casting for a buzzy young actor who is quickly becoming famous on her own terms instead of just the “daughter of famous people” famous. Kravitz will be the sixth woman to play Catwoman in a live-action movie or show, and the third woman of color, following the legacy of Eartha Kitt and Halle Berry.

Details of the movie are still being kept under wraps, but rumor has it the movie is drawing inspiration from Jeph Loeb and Tim Sale’s iconic Batman: The Long Halloween storyline, which returns Batman to his roots as more of a costumed detective than a night-time ninja.

Gal Gadot Will Star in a Movie About Irena Sendler, Who Saved Thousands From Nazis