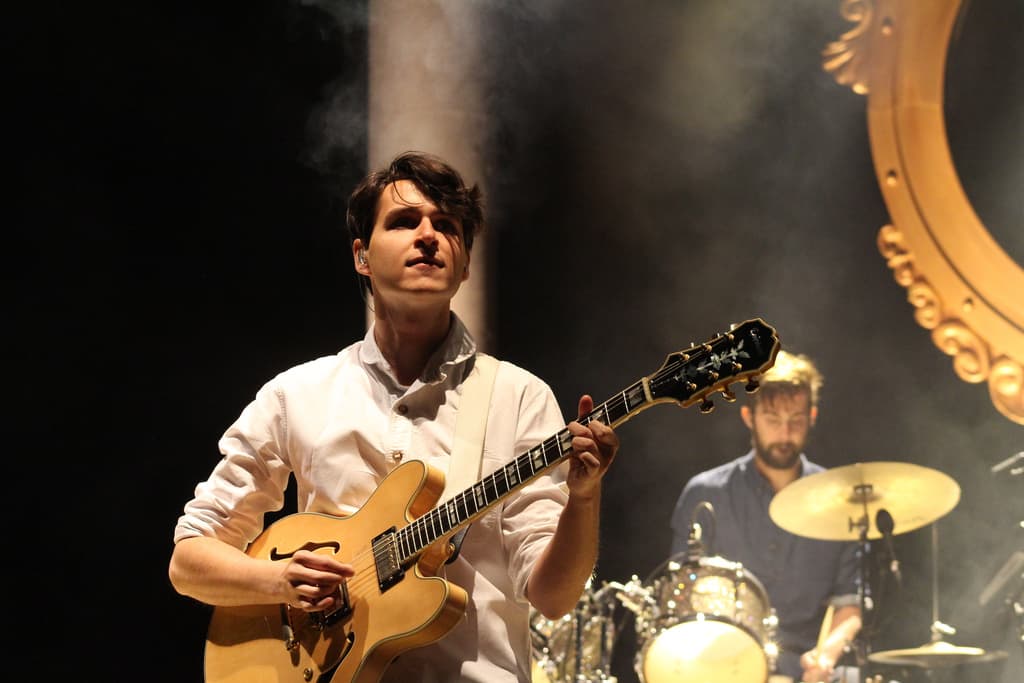 Vampire Weekend is back and holy smokes, it’s about time. The last time we heard from these guys was six whole years ago, when they released their masterful album Modern Vampires of the City. It’s been a weird few years since then, both for the country (have you looked around?) and the band, who lost their founding member and production wiz Rostam Batmanglij.

But, Vampire Weekend is back with two new songs off their forthcoming record Father of the Bride. According to a press release, the title… ah, we’ll get to that in a minute. Let’s listen to the songs. We’ve got “Harmony Hall,” which is very Paul Simon-esque even by the standards of this very Paul Simon-esque band, and the slight, mellow “2021.” They’re great!

Anyway, the new album is called Father of the Bride and it “is something Koenig chose years back, well before recent significant developments in his life. In typical VW fashion, the title has multiple layers of meaning, expressing the band’s signature paradox: creating songs that easily find a home on any playlist — or car radio, TV show, film soundtrack, airport PA, etc. — but reveal their complexities upon closer listening.”

Those “recent developments” would presumably be the child he recently had with Rashida Jones.

United’s New Single ‘Sure Thing’ Will Fill You With Hope

Lead Vampire Ezra Koenig says today’s release is the first of three monthly two-song drops that will culminate with Father of Bride‘s actual release. So far, so good. Let’s listen to that “Harmony Hall” again, just because it’s so good.

Report: An American Missionary May Have Exposed an Uncontacted Brazilian Tribe to Disease

Um, Did Mark Zuckerberg Kill a Goat With a Laser Gun?