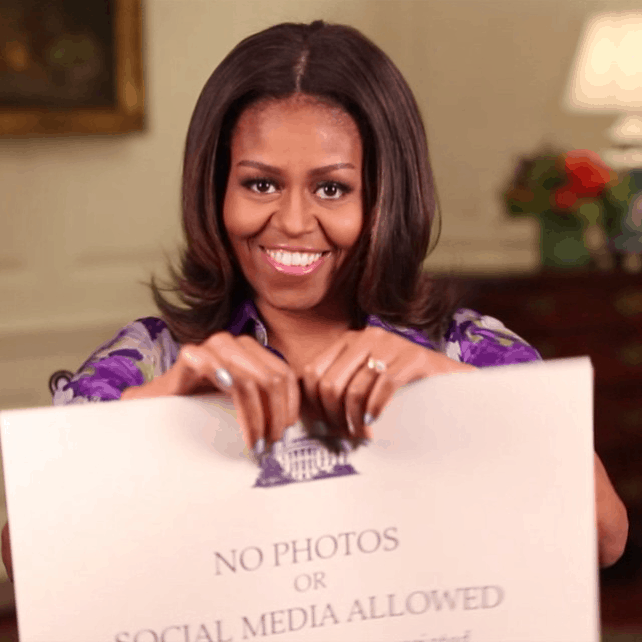 For decades, visitors to the White House have been banned from taking pictures and, more recently, from using social media. Now, thanks to the first lady, the White House is now encouraging people to snap pictures to post on social media—provided they don’t get too crazy about it. Livestreaming apps, selfie sticks, GoPros and cameras with lenses longer than 3 inches are still banned. Michelle Obama announced the new policy via an Instagram video that featured her tearing up the old “no photos or social media allowed” sign, and White House visitors have already begun posting away. Let freedom ring.

An Answer to Prayer: A Social Media Site That Will Only Allow Christian Content Is Coming