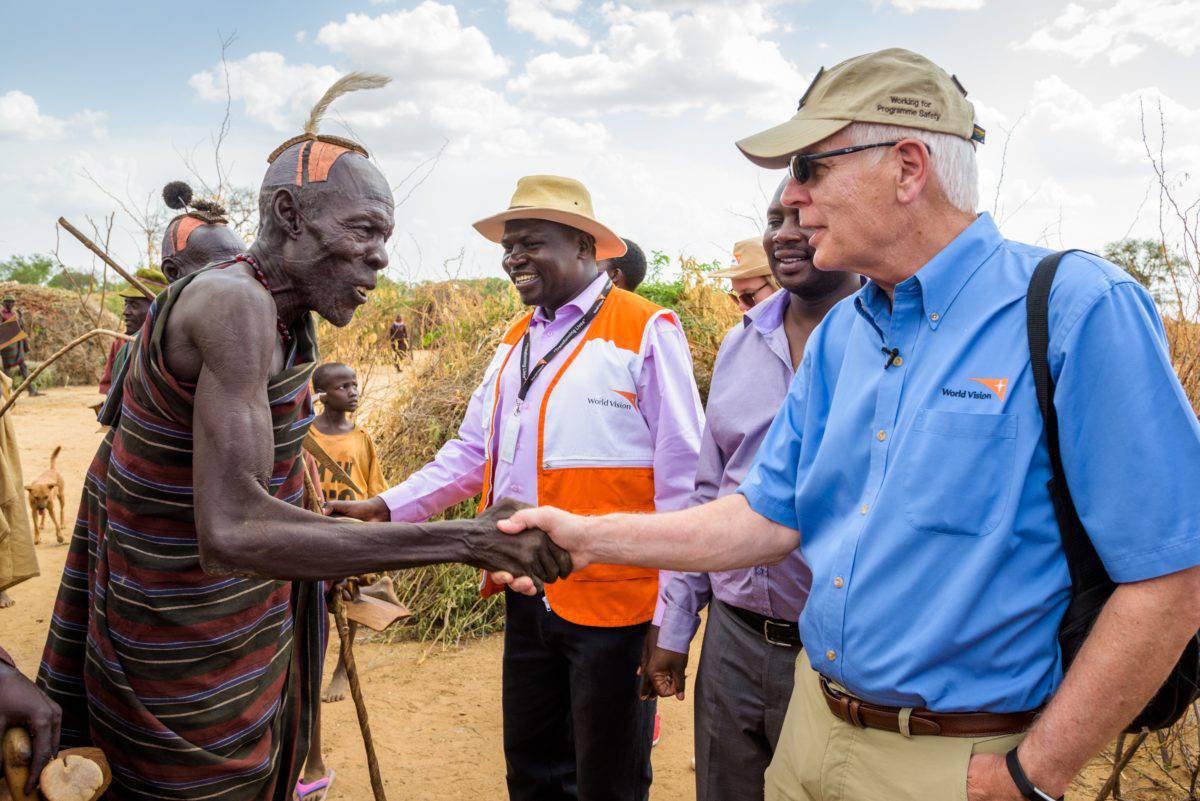 Richard Stearns, the president of World Vision USA, recently stopped by NPR’s offices for an interview that covered a wide range of topics.

Stearns announced earlier this year that he would be leaving the organization after 20 years serving as its president. Though Stearns talked extensively about the work of World Vision and even address some criticism the organization and other activists have dealt with, throughout the conversation, Stearns discusses how his faith has driven both his personal life and the work of the organization around the world.

On leaving his corporate retailer position to join World Vision:

I was a Christian, considered myself committed to my faith, and this was an opportunity not just to talk the talk but to walk the walk … Essentially, made the decision to quit my job, sell our house, move our family to Seattle, where the sun rarely shines. And 60 days later, I was in the jungles of Uganda in the middle of the AIDS pandemic.

On how he would respond to critics of aid workers (NPR said, “The feeling is that sometimes relief workers are really there to save themselves”) and what really does motivate World Vision employees:

Well, I really reject that.Our staff on the frontlines in these places—in the South Sudan Civil War, in the middle of the Syrian refugee crisis—these are courageous people. There’s rarely a year goes by that there isn’t a World Vision worker killed in the line of duty.

And so I don’t believe it’s that kind of motivation for most of them … Well, for World Vision, it’s our faith. You know, Matthew 25—that famous passage—I was hungry, and you gave me to eat. I was thirsty, and you gave me to drink. Jesus said whatever you have done for the least of these brothers and sisters of mine, you’ve done it to me. Mother Teresa claimed that first. And she said when she worked among the poor in Calcutta, she said I saw the face of Jesus in his most distressing disguise.

As NPR points out, “World Vision has become one of the world’s largest charities with more than $1 billion in annual revenue.” Its focus is on children in 90 countries. The entire interview is available here, as a transcript or audio. It’s definitely worth the listen.

Lawmakers Want ‘In God We Trust’ Posted in Public Schools. Why?