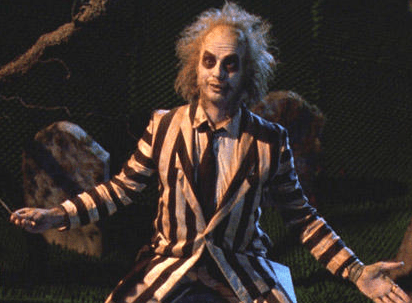 Another one of your childhood’s biggest movies is coming back. Actress Winona Ryder visited Late Night with Seth Meyers this week and confirmed that filmmaker Tim Burton has signed on to direct a sequel to the 1988 classic Beetlejuice. And, if Burton is directing, there is a high likelihood that Michael Keaton will be back in the starring role. In an interview with Variety last year, Burton said, “There’s only one Beetlejuice, and that’s Michael.” Now, all he has to do to make Beetlejuice 2 happen is say his name three times.

What Not to Do This Easter

The Surprising Ways Other Countries Think About Abortion