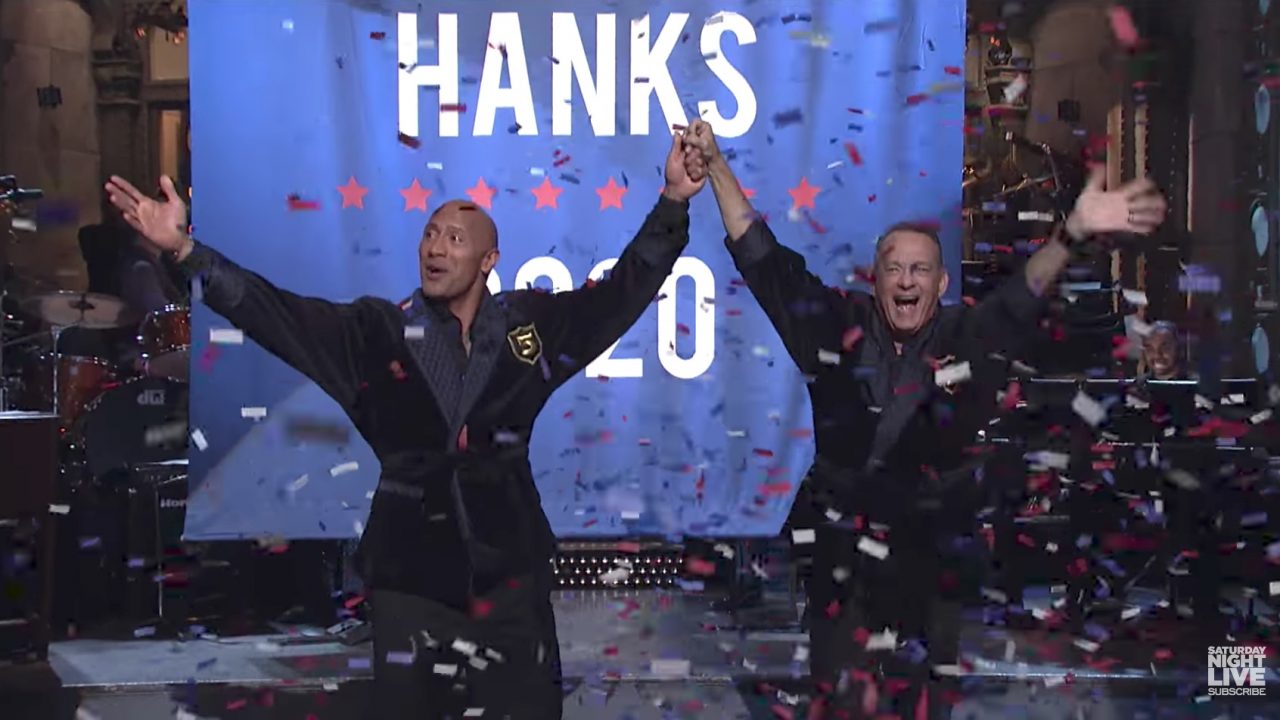 We already know Dwayne Johnson is mulling a 2020 presidential run. You can feel it in the air. You can see it in his smile when people ask him about it. We’ve even got a guess at his campaign slogan (“More poise, less noise”). But who will be his running mate? Smart money would have been on one of his Fast and Furious co-stars, but SNL shut that rumor up for a far better one: Meet your 2020 vice presidential candidate and goofy American uncle: Tom Hanks.

Yes, Hanks showed up on the SNL season finale to welcome Johnson to the show’s prestigious Five Timers’ club, where stars who’ve hosted the show five times are inducted with a special smoking jacket and, in this case, a bid on a winning ticket.

America could do worse! Johnson is the young, brash outsider with a vision for America that doubtless includes replacing the entirety of our military with his right and left arms. Hanks is a seasoned, trustworthy professional who has fought in World War II, landed a plane on the Hudson, survived for years on a deserted island with nothing but a volleyball for company and manned a daring journey across town to get back to Andy’s house before the big move. Does that make either of them equipped for high office? Well, not exactly, but hey: Stranger things have definitely, demonstrably happened.

‘Political’ Issues That Shouldn’t Be So Political