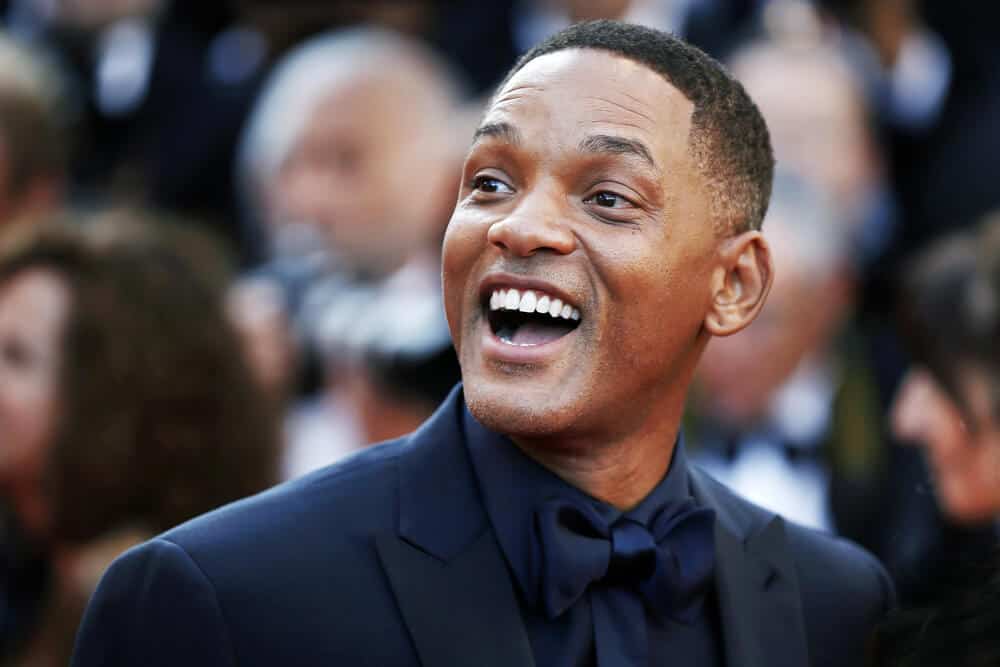 If their live-action remakes for Dumbo, Lion King and Mulan didn’t have you hype enough, things seem to be moving fast on Disney’s retelling of Aladdin, out next May. Will Smith, who plays the Genie in the movie, has released the movie’s first promotional poster.

It’s simple, but pretty awesome. Check it out:

Will Smith is taking on the role once played by the late Robin Williams in the animated version of Aladdin. He’s the biggest name attached to the movie, but the new Aladdin is notable for its diverse casting. Mena Massoud is playing Aladdin, Naomi Scott is Jasmine and Marwan Kenzari will play the villain, Jafar.

The movie’s being directed by Guy Ritchie, most famous for his work helming crackerjack British crime movies like Sherlock Holmes, Snatch, The Man From U.N.C.L.E. and Lock Stock and Two Smoking Barrels.

The actors aside from Smith are all relative newcomers. Massoud (Aladdin) has a role in Amazon’s Jack Ryan show to his name, but few other recognizable parts. Naomi Scott has had parts in Power Rangers and The 33, but 2019 will be her biggest year to date. She’s in Aladdin and Charlie’s Angels.

Scott’s also a worship leader who grew up in the church. She told Hypebae, “God is the ultimate creative force. Growing up in the Church fostered an inner spirituality that also introduced me to the concept of music having a deeper meaning. There has always been a connection between my faith, and realizing that music can have a soul and purpose, which has ultimately affected the way I approach the art. Listening to soulful vocalists like Mary Mary and Kim Burrell; playing the piano, and leading worship has directly shaping my artistry.”

Kenzari has had a low-key but prolific Hollywood career, with turns in Ben-Hur (2016, not the original), The Mummy and Murder on the Orient Express already on his resume. Aladdin will, like his non-Smith peers, be his highest-profile role to date.

Look for Aladdin to reach theaters, and for Will Smith to finally be free, on May 24, 2019.