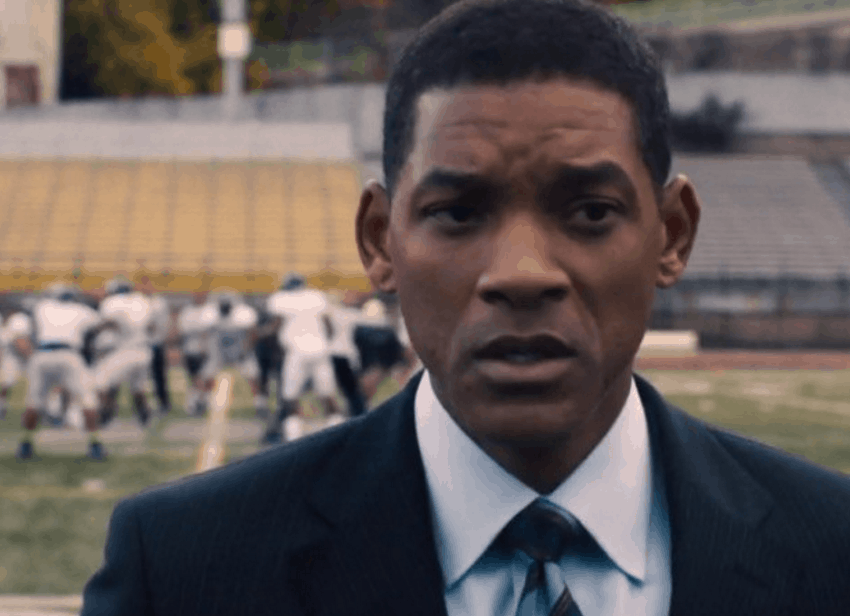 Actor Will Smith said that his experience attending church with his grandmother as a child helped him better understand the role of Dr. Bennet Omalu in the new movie Concussion. In the film—which is based on a true story—Smith portrays the forensic pathologist who helped to link concussions, like the ones NFL players often suffer on the field, with serious, long-term brain problems. Dr. Omalu is also a professing Christian who has said that his faith compelled him to “seek the truth.” In an interview with The Christian Post, Smith said that growing up attending church with his devoutly religious grandmother helped him to relate to Omalu’s Christian faith (You can hear part of the interview below).

My grandmother was really my connection to God. She was my spiritual teacher. She was ‘that’ grandmother at the church. So she was the one having the kids do the easter recitations, and she was putting on the Christmas plays—her kids and grandkids had to be first. She was the most spiritually certain person that I’ve ever met in my life. Even to the point that when she was dying, she was happy. Like she was really excited about going to heaven. So I had a deep, profound emotional comprehension of that level of spirituality. And I connected a lot of those things with Bennet.

Bennet told CP that he was impressed with Smith’s performance in the film, and connected with the actor immediately after meeting him: ”He had said what made him accept the role was meeting me. The spiritual stuff is deep. We met, we shared and we communed the love of God, and he also saw the light. The spirit of God also touched him.”

Prosecutor: The Officer Who Shot Tamir Rice Will Not Be Indicted