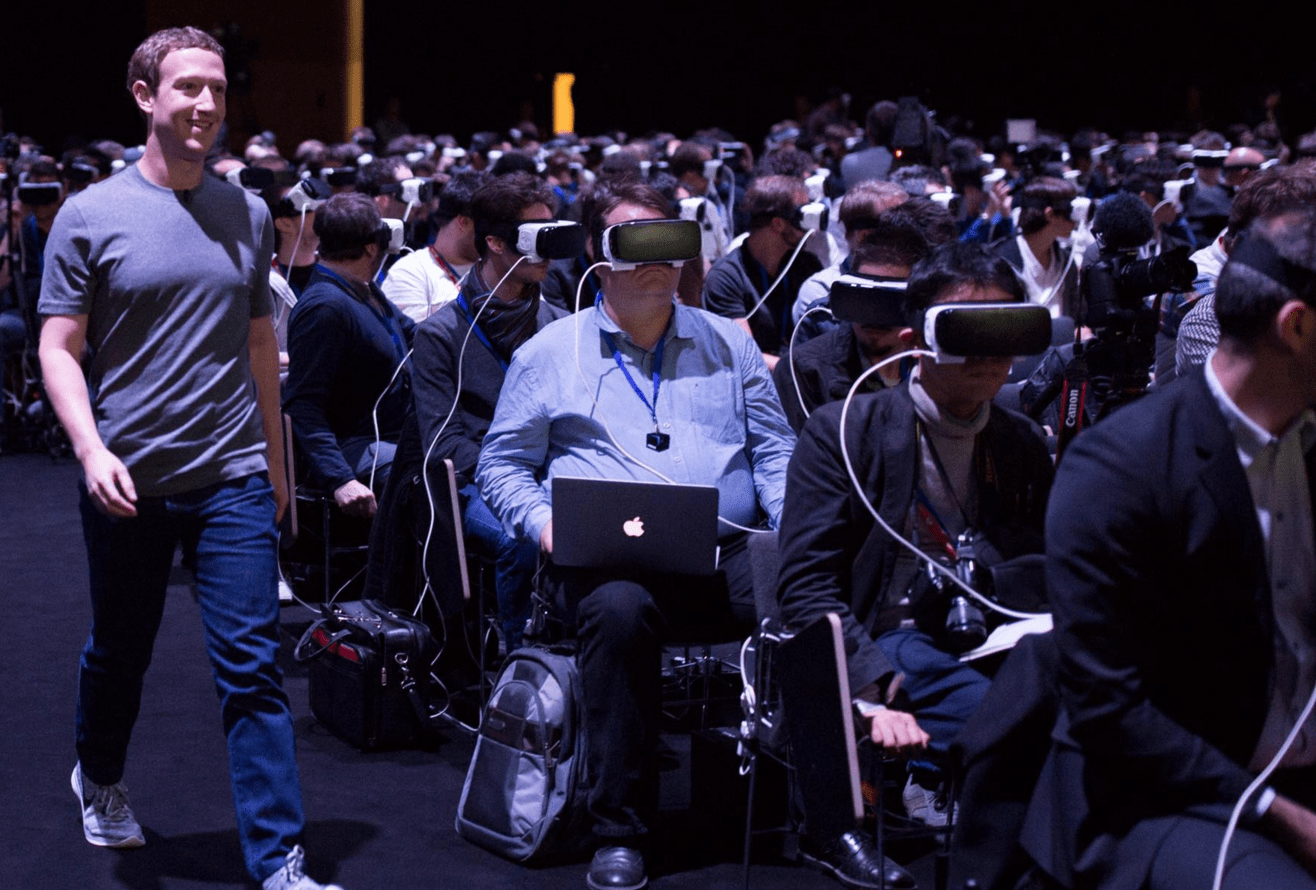 This week, Facebook CEO Mark Zuckerberg announced a new plan to help virtual reality become more accessible to Internet users around the world. The goal of the launch of the Telecom Infra Project (TIP) is essentially to get Internet service providers up to speed on the technology required to deliver the high-tech video solutions needed to get the company’s virtual reality initiative into homes. Last year, Facebook paid $2 billion for the VR start-up Oculus, a group that is working with Samsung to build consumer-level VR headsets. Speaking at the Samsung stage at the Mobile World Congress yesterday, Zuckerberg explained:

Pretty soon, we’re going to live in a world where everyone has the power to share and experience whole scenes as if you’re just there, right there in person. Imagine being able to sit in front of a campfire and hang out with friends anytime you want. Or being able to watch a movie in a private theater with your friends anytime you want. Imagine holding a group meeting or event anywhere in the world that you want. All these things are going to be possible. And that’s why Facebook is investing so much early on in virtual reality. So we can hope to deliver these types of social experiences.

But, the appearance brought some unintended consequences when Zuckerberg posted an unintentionally super creepy photo of himself smirking while hundreds of conference-goers sat in their seats with computers strapped to their faces. The irony of the image highlights the anxiety many people already have about social media in general, much less a technology that literally promises to make us present somewhere other than where we are.

And, because this is the Internet, it didn’t take long for the image to become its own sarcastic, but poignant, meme.

The whole premise of Zuckerberg’s vision for virtual reality creates a big question, one with particularly important implications for Christians and people who put a large emphasis on community and relationships: Will VR—which transports us to places other than where we are right now—actually connect us more, or make us more alone than ever?

There are already concerns that despite social media’s ability to connect people, its artificial construct—only sharing information (and selective truths about yourself) you want others to see, selecting who real “Friends” are, literally filtering images of reality to make them look better to others—is actually leaving us more isolated.

It’s hard to predict the impact that VR will have once (and if) it becomes as commonplace as smartphones or tablets. And, just because their are fears of how it can change society, that doesn’t mean we should discount its capacity for good. But, as we figure out more innovative ways to meet and even “enhance” the God-ingrained need humanity has for relationship, we must also be aware of how manipulating it can actually have an unintended consequence: Always being “connected” to friends, but still being isolated and alone.

Justin Bieber: Without God I’d Be a Terrible Person