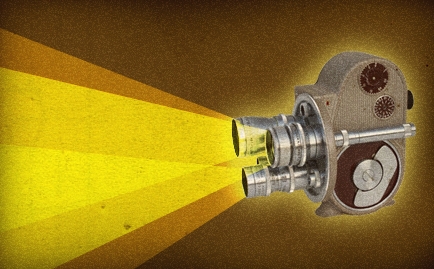 Christian culture is often the enemy of quality. Independent Christian film, in particular, has a history of being seriously and deeply flawed, routinely dismissed by secular critics and audiences as intellectually vacant and disconnected from reality.

The term Christian film has become synonymous with substandard production values, stilted dialogue and childish plots. Why is Christian film no more than a side note to modern culture? Why are Christians left behind?

Throughout the 1960s, heavy-handed Christian values were overthrown by the hippie generation. Christians retreated, overwhelmed by social changes—but we still wanted the pleasures of modern culture, only without any tempting content or foul philosophy.

Our reaction was to build a cultural wall around ourselves complete with self-prescribed content filters and an isolationist attitude. This cocoon was a comfy, safe place for Christians, but the cocoon became a time capsule. We spent decades discussing what we hoped the world was like rather than dealing with how things are.

Our isolation also bred well-intentioned but poorly trained artists. Instead of playing with the big boys, Christian filmmakers remained in the minor leagues.

Christian audiences learned to accept substandard artists who make substandard works. We no longer have any expectations of quality. Like expecting a church youth group to compete with off-Broadway, we are ill-equipped and out-matched.

Even with successes (Bella, Facing the Giants), we are on the outside looking in. You can have the huge budget, skilled and experienced technical crew and a firmly executed marketing plan, but if you film a pedantic script with summer-stock-reject actors, your better-looking product is simply lipstick on a pig. Throw in Christian film’s inherently agenda-driven plots and dialogue and you have lipstick on a preachy pig.

Rather than developing organically, the average Christian film is more pushy and sanctimonious than the global-warming agenda movies. Violence is almost non-existent, salty language never happens, unmarried people never struggle with lust and evil is never very bad, because showing various forms of sin is not allowed. By movie’s end, everyone is converted with no residual issues. Life is reduced to an after-school special with prayer thrown in for good measure. For me, this is where the dry heaving begins.

Restrictions on content are there, presumably, because people believe it to be biblical. Such restrictions keep me from producing a movie accurate to Scripture, itself. It is a tough argument to think modern Christians cannot handle a simple kiss or rough language when God allowed Joshua to slaughter thousands behind the walls of Jericho.

It is wrong to blame only the artists and producers for the saccharine muck that lines the walls of Christian bookstores—like being mad at a chef for offering no variety after demanding he serve nothing but macaroni and cheese. We, the audience, are to blame for the failure of Christian culture. Christian artists cater to us, give us what we want, what we prefer, and Christians’ expectations have tended to not stress biblical truth, moral clarity or technical achievement, but a watered-down, unrealistic view of the world.

Christians are not the only audience trained to not expect quality. Audiences in general have had their tastes dumbed down to accept the pitiful, disposable paradise of the corporate cinema. We simply are not taught the Arts in this society. Lack of education coupled with the tsunami of crud flowing at us on a daily basis has left us unequipped to discern the good from the bad from the ugly.

So what can we do?

We must be ready to offer a viable alternative to today’s smutty nonsense. We have something genuine to offer that secularists can only dream of: Truth. Life in Christ feeds the hungry spirit and gives definition to life. No amount of existential claptrap will ever compete with the nourishing truth of Christ.

If a film claims to be Christian, it was supposedly done for the glory of God, but we do not glorify God by making lousy movies.

A two-pronged approach is needed; the focus should be on two separate groups: artists and audience. Artists are partners in the development of a movement, but without an informed, alert public, who will hold the artist accountable? Who will keep them focused?

We have the makings of a movement that can change this culture. I honestly believe this. But I also believe the first step toward establishing the groundwork for a vibrant, relevant cultural movement based on scriptural thought is to stop producing “Christian films” or “Christian music” or “Christian art” and simply have Christ-followers who create great Art.

Culture is like a garden. You must keep it healthy and growing or the weeds take over. It is not the artist who is the gardener, it is the audience. We are responsible for which artists take root and grow, and which ones die on the vine. With work, we can cultivate a healthy culture that will flower and bear fruit.

We must maintain a need for a moral and just culture.

We must demand quality.

We must be open about our faith. That is why it is far more important for the filmmaker to be identified as Christian than his work be labeled as such. Even a pagan can make a movie and label it Christian.

People have a natural hunger for knowledge. They desire truth no differently than they desire water and nutrition. We, as Christ-followers, are the keepers of truth; all we need to do is tell it.

When a Christ-follower produces a film that speaks to Biblical truth and morality, he has made a Christian film. The product itself should not carry the label; the artist is the Christ-follower. His fruit will bear His name.

This article is an excerpt from You Are What You See: Watching Movies Through a Christian Lens (RightLine Publishing) by Scott Nehring. Used by permission.

The Spiritual Legacy of Clint Eastwood