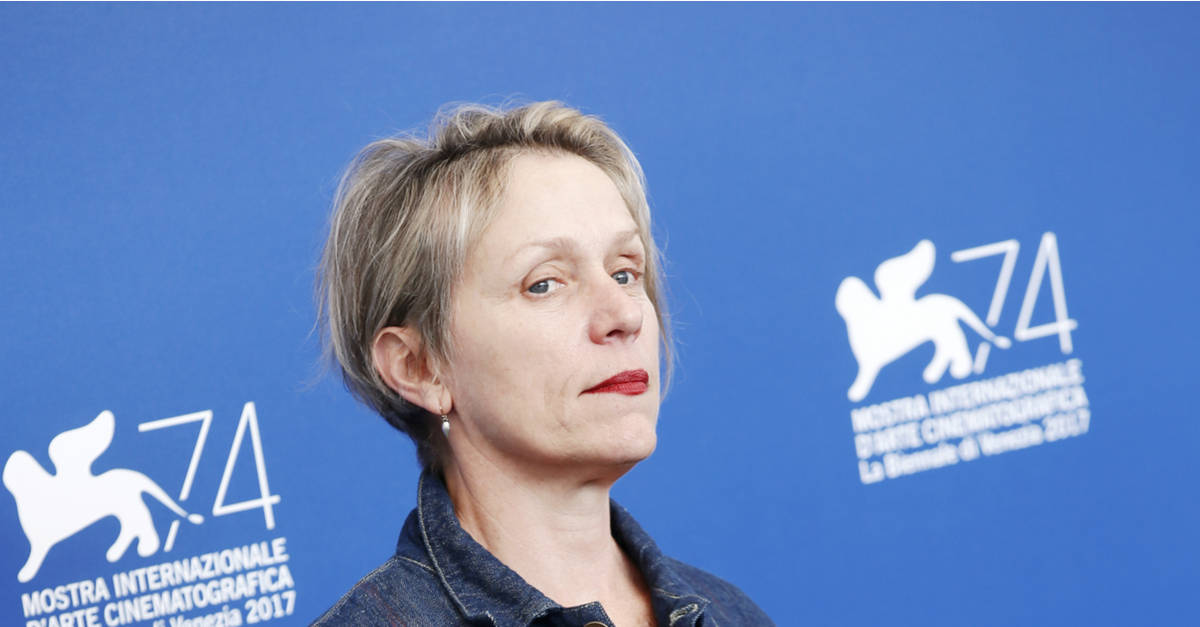 When Frances McDormand accepted her award for best actress at last night’s Academy Awards, she closed her brash, bold speech with the statement, “I have two words for you: inclusion rider.”

There was a lot of buzz around the phrase, considering it was McDormand’s pseudo-mic drop moment, but since “inclusion rider” is sort of an inside-baseball term, it takes a little bit of explaining.

Here’s what it is: An inclusion rider is a contract clause where an actor can stipulate that they won’t work on a project if the project doesn’t meet certain standards of representation both in front of and behind the camera. For example, a member of Hollywood could put in writing that they won’t sign to be in a movie unless the movie employs a staff that’s at least 50 percent female and people of color. It could also include people with disabilities.

McDormand elaborated in an interview after the Oscars: “I just found out about this last week. This has always been available to all—everybody who does a negotiation on a film—you can ask for or demand at least 50 percent diversity in not only the casting but the crew. The fact that I just learned that after 35 years in the film business—we aren’t going back.” (h/t Hollywood Reporter)

an inclusion rider is something actors put into their contracts to ensure gender and racial equality in hiring on movie sets. We should support this for a billion reasons, but if you can’t find a reason to, here’s one: it will make movies better.

If this can become standard practice in the movie business, it could cause sea changes in the industry, but it takes the right stars and the right figures. Imagine if Steven Spielberg or Brad Pitt or Jennifer Lawrence all incorporated inclusion riders into their contracts? It could literally change the look of Hollywood’s biggest movies, and if that changes, then we could be looking at a very different Oscars landscape from here on out.

Netflix Announces ‘Black Mirror’ Will ‘Be Right Back’