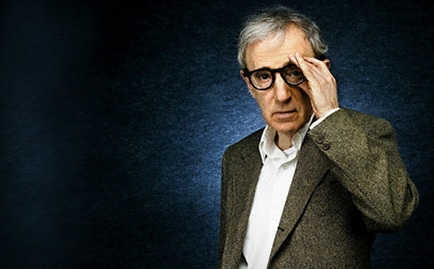 Finding Hope After a Miscarriage

In the late ’60s, Woody Allen left the world of stand-up comedy behind for the movies. Since then, he’s become one of American cinema’s most celebrated filmmakers. Sure, he’s had his stinkers and his private life hasn’t been without controversy. But he’s also crafted some of Hollywood’s most thought-provoking comedies. Philosophical, self-deprecating and always more than a tad pessimistic, Allen adds another title to his oeuvre this Friday with Midnight in Paris. Whether it will be remembered as one of his greatest or another flop is too early to say, but its release gives us a chance to look back at some of his most indispensable works.

Allen’s Love and Death owes a lot to Tolstoy’s War and Peace and the films of Swedish director Ingmar Bergman. Death himself even makes an appearance, recalling the existential dread of Bergman’s The Seventh Seal. But despite the movie’s many highbrow allusions, Allen is more concerned with simply having a good time. Gags and one-liners abound, making it, if not a comic masterpiece, a pretty good way to spend an hour and a half.

Like Love and Death, this Oscar winner paired Allen and Diane Keaton as a couple. But unlike Love and Death, it’s less concerned with throw-away gags. Instead, Allen uses humor to explore the complicated nature of relationships and the difficulties of love and communication. And of course, there’s also his trademark pessimism. The film begins with a joke about two women on vacation in the Catskills. One says to the other, “Boy, the food in this place is terrible,” and the other replies, “Yeah I know, and such small portions.” Allen’s character, Alvy Singer, goes on to say, “That’s essentially how I feel about life. Full of loneliness and misery and suffering and unhappiness—and it’s all over much too quickly.” In the end, Alvy’s salvation lies in art, for only there can he give life the happy ending it can’t have otherwise.

Allen continues the art-as-salvation theme in Hannah and Her Sisters, an ensemble drama about family and infidelity. The film tells three stories, one of which stars Allen as a hypochondriac named Mickey. Terrified of death, Mickey begins a search for meaning that takes him first to Catholicism and then the Hare Krishna movement. But it’s in a darkened movie theater playing the Marx Brothers’ Duck Soup that he finds all the meaning he needs to face life. From a Christian perspective, this is a far from ideal conclusion—and yet, it’s not without an element of truth. The bulk of the Bible is historical narrative, not a list of rules, and Christ often used stories to communicate His message. In this, and every other movie where Allen finds life’s ultimate answers in art, we can disagree—but only partly.

The sanctity of art plays a role in Crimes and Misdemeanors, but it’s a minor one compared to Allen’s interest in the human conscience. Does God exist, his characters wonder, and if He doesn’t, can there still be objective morality? His characters have asked these questions before, but never have the stakes been so high as when Judah Rosenthal (Martin Landau), a prominent New York ophthalmologist, finds his life turned upside by an act of violence he’s responsible for. In the aftermath, he’s plagued by guilt but still wonders if a guilty conscience is such a high price to pay for keeping his good name. His transformation as he struggles with this question is chilling to watch.

The same issue is at the heart of Match Point, Allen’s first movie set outside America. The particulars are different, but its trajectory is the same. When Chris Wilton (Jonathan Rhys Meyers) commits murder to preserve his status and good reputation, we wait for him to be caught. But Allen subverts our expectations again, as in Crimes and Misdemeanors—not because he condones murder, but to illustrate his belief that, if there’s no God, life is a crap shoot. Maybe you’ll get caught, maybe you won’t, but either way you’ll have to live with what you’ve done. In both films, he shows more pointedly than most other American filmmakers what hell on earth must look like.

The human conscience is also the focus of Allen’s Vicky Cristina Barcelona, though in a relatively smaller way. He’s also less concerned with the existence of God, but objective morality is still a question lingering in the back of his mind. As the two friends, Vicky (Rebecca Hall) and Cristina (Scarlett Johansson) consider their entanglement with the bohemian Spanish artist, Juan Antonio (Javier Bardem), they’re forced to re-examine the rules they each live by. Even though the movie unquestionably favors moral relativism, the character of Cristina, who was once so proud of her “liberated” spirit, comes away from her search for meaning with a more moral perspective. No longer content to live according to Juan Antonio’s eat-drink-and-be-merry philosophy, she ends her time in Spain determined to find “something else.” That something else isn’t likely to be conventional morality, but neither is it unrestrained passion. While still denying that life has any inherent meaning, Allen forces us to consider whether conventional morality is really so stifling after all.

Overall, Woody Allen can’t be called anything close to a Christian (or even a moral) filmmaker—his films often drip with pessimism (some would say nihilism). But most of his films also give viewers something to chew on, something all too rare at the movies.

Do you have a favorite Woody Allen movie?

Andrew Welch lives in Texas and has written for RELEVANT and Books & Culture.

REVIEW: Living with a Literary Sensibility

What Lady Gaga Says About You