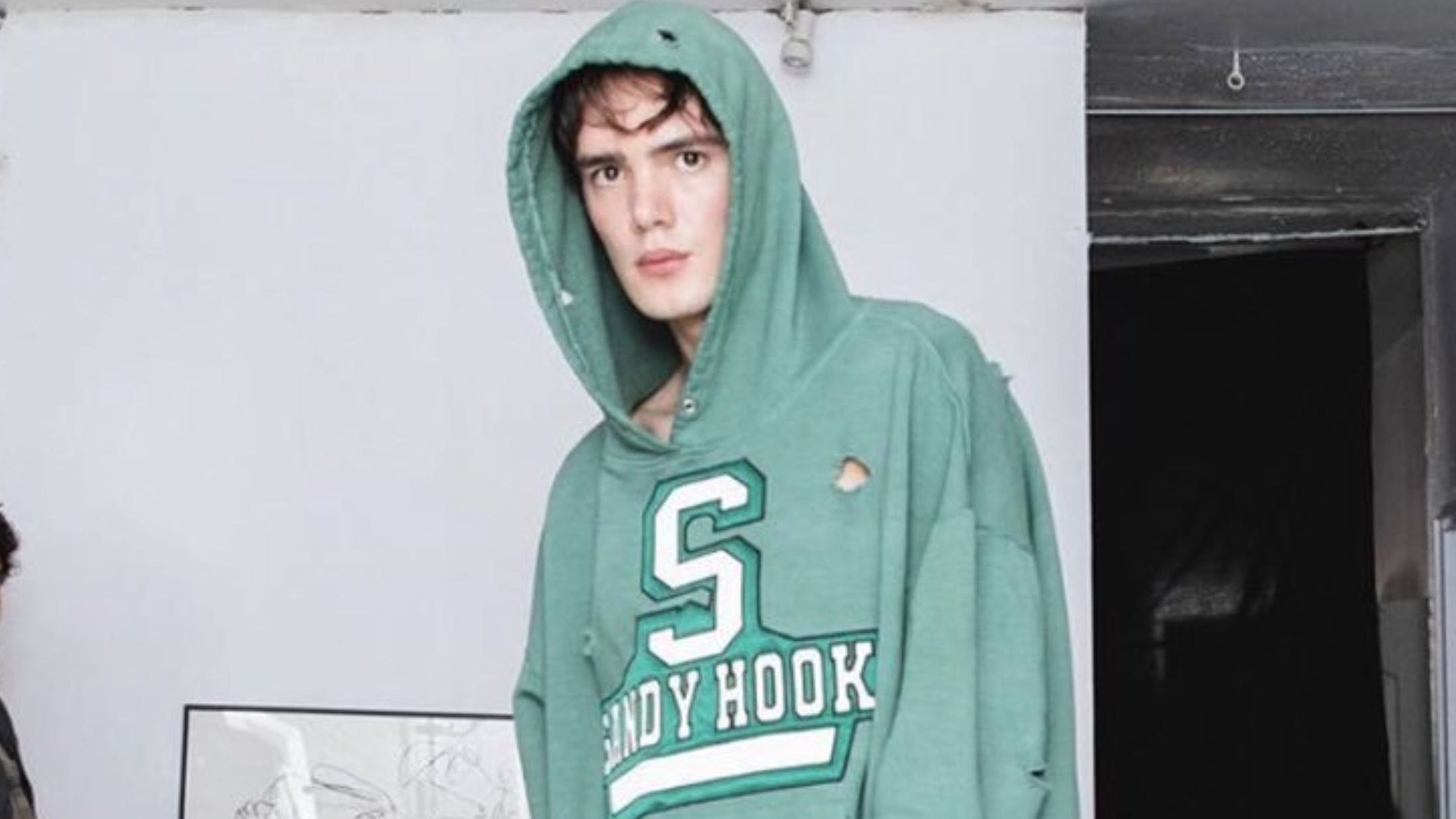 Straight from the absolute bottom of the Bad Idea Trash Can comes this absolutely appalling new drop from some fashion brand called BStroy, which debuted at New York Fashion Week to the shock and outrage of anyone with any semblance of a moral compass.

The co-founder of Bstroy said he wanted to “make a comment on gun violence… while also empowering the survivors of tragedy.” Exactly how these accomplish either of those things is a mystery for the ages, as people who were actually affected by school shootings were quick to point out.

“This is just absolutely horrific,” tweeted the Vicki Soto Memorial Fund, named for the teacher who was killed in the Sandy Hook shooting. “A company is mak[ing] light of our pain and other’s pain for fashion. Selling sweatshirts with our name and bullet holes. Unbelievable.”

Fred Guttenberg, whose daughter was killed in the Stoneman Douglas shooting asked the question everyone seems to be thinking: “Under what scenario could somebody think this was a good idea?”

“This has me so upset,” he continued. “If any of my followers [know] anybody involved with this clothing line, please ask them to stop it immediately

The aunt of a girl who was killed in the Parkland shooting tweeted that Bstroy should be “ashamed.”

Bstroy is one of those companies that seems to mistake stupidity for provocation, conflating lazy cruelty with “edginess” and referencing a tragedy with activism.

“We are making violent statements,” one of the co-founders told The New York Times in a feature last week. “That’s for you to know who we are, so we can have a voice in the market. But eventually that voice will say things that everyone can wear.”

Don’t cut yourself on your own edginess there, fellas.

Bstroy co-founder Brick Owens also posted a statement to Instagram, implying the sweatshirts were meant to point out irony.

“Sometimes life can be painfully ironic,” reads a card that features an artist’s statement on the show. “Like the irony of dying violently in a place you considered to be a safe, controlled environment, like school. We are reminded all the time of life’s fragility, shortness, and unpredictability, yet we are also reminded of its infinite potential.”

In an email to The Cut, Owens suggested that the sweatshirts still might be put up for sale. “The hoodies have only been shown not sold and the school shooting hoodies were initially intended to be just for the show and not to sell,” the email said. “But that may change now.”

So, lesson decidedly not learned.

All Jobs Are ‘in the Ministry’