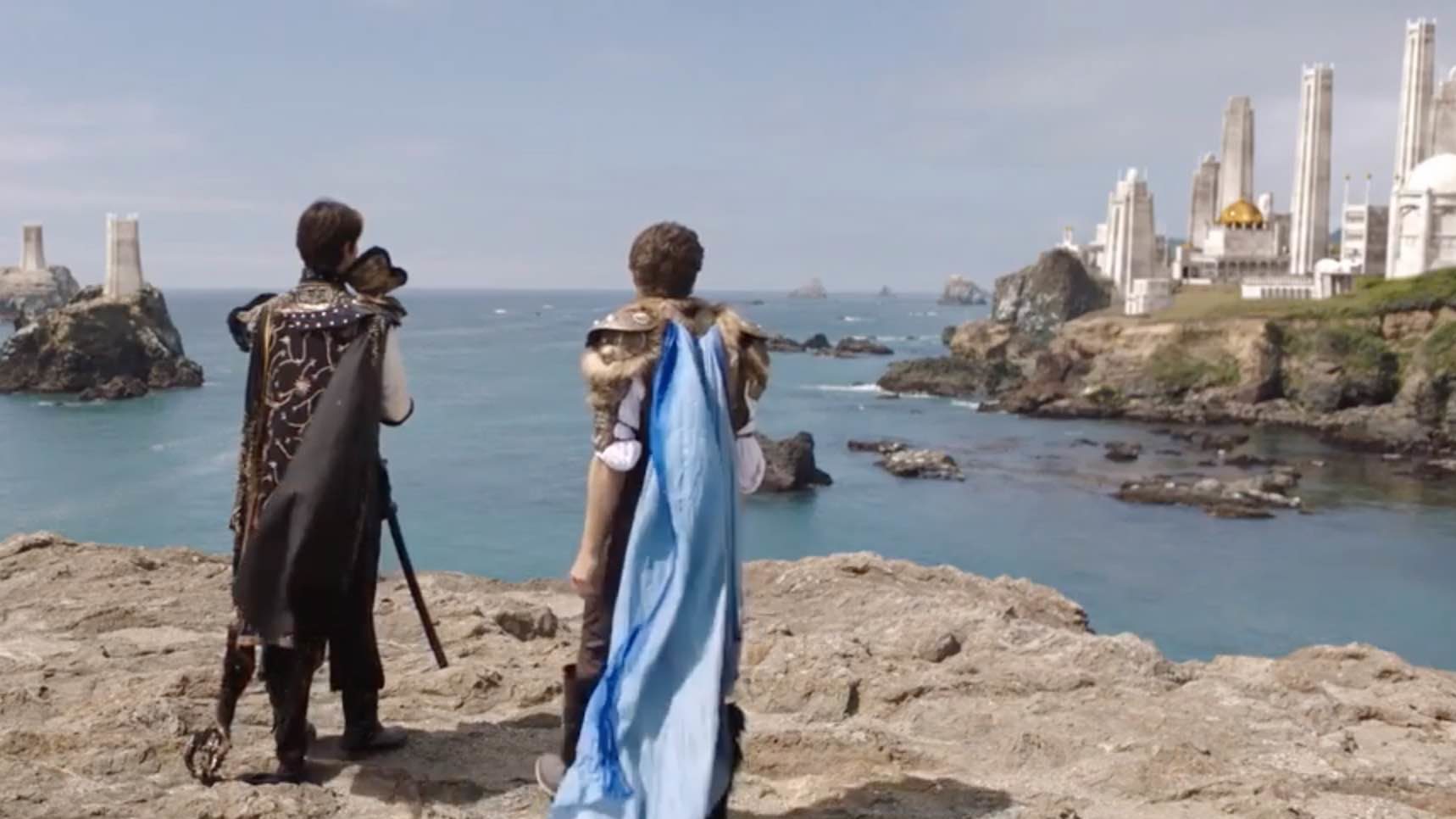 The film studio King Street Pictures has released a trailer for a film called Heavenquest that is “inspired by” the classic Christian novel, A Pilgrim’s Progress.

A regal man named Vangel is thrust on a journey against his will when he is suddenly and mysteriously arrested. Injured and lost after escaping the dark king’s men, Vangel begins to have strange dreams and visions of a mysterious woman in white calling him from the unknown territory of the North. Armed with a book called “The Record of the Ancients” that he receives from a wise sage named Elder, Vangel embarks on an adventure that takes him through treacherous mountain range, unending deserts, the Lake of Doubts, and the Forest of No Return. Along the way, travel companions share about a fabled good king and his son in the North if he can make it there alive.

To be honest, for a faith-based fantasy/action movie, the production value looks surprisingly good, and its definitely throwing some 300 vibes.

The movie releases on October 25.