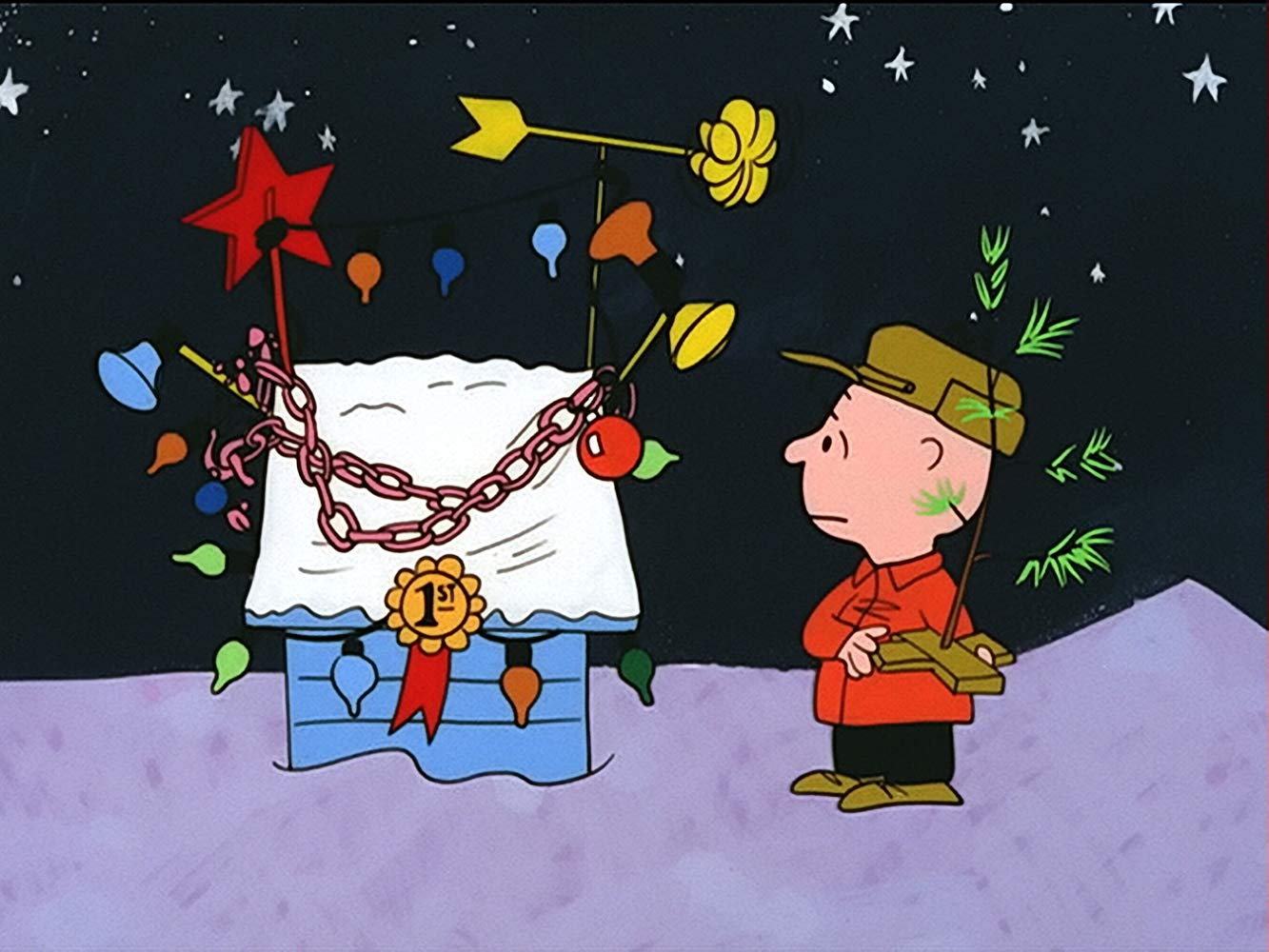 “Isn’t there anyone who knows what Christmas is all about?”

I’ll admit it. I’m weak. It gets me every time. Charlie Brown just can’t understand why everyone else seems so happy at Christmastime when all he can see are aluminum trees, twinkle-light contests, and self-enriching letters to Santa. But then Linus steps up, calm and collected, to tell
everyone’s favorite blockhead exactly what Christmas is all about.

Linus moves to center stage and recites from memory Luke 2:8–14 in the King James Version, even dropping his security blanket when he recounts the “Fear not” part (v. 10). The good news is enough to bring Charlie Brown out of his holiday slump, and the whole gang sings “Hark! The Herald Angels Sing.”

I watch that television special each year with a lump in my throat. I believe that the angel’s declaration to certain shepherds about the birth of the Savior in David’s city is enough to melt even the coldest of hearts. Though nostalgia tends to fade with time, Linus’s reading of Luke hasn’t as I’ve grown older. But I don’t think it’s because of any Christmas magic in that old cartoon. Instead, I think it has to do with the power of the Word of God.

As I type these words, my Bible is open on the desk beside me. The second chapter of Luke begins on page 1,788. Luke itself is the forty-second book of the Bible. Part of the New Testament, it’s one of four Gospels recounting Jesus’s earthly life, death, and resurrection. It’s not the end of the story the Bible tells, nor is it at the beginning. There’s a lot that unfolds on the preceding 1,787 pages, and there’s more to read on the remaining 506 pages (in my particular Bible).

But there, on page 1,788, is where those shepherds and angels live. I bring up these stats because they remind me that the Christmas story was never meant to be read in isolation. After we ask, “Isn’t there anyone who knows what Christmas is all about?” and hear Linus’s inspired answer, the next question on our lips ought to be, “But isn’t there anyone who knows why the birth of Jesus matters in the first place?”

Our open Bibles, with all those crinkly thin pages on either side of Luke 2, respond in the affirmative. The baby lying in the manger is the serpent-crusher promised to Adam and Eve. He is the final answer to the wickedness rampant in Noah’s day. He is the offspring of Abraham who blesses the nations. He is Jacob’s ladder. He is the Lion of Judah prophesied by Jacob. He is the great I Am. He is the Rock in the wilderness. He is our High Priest who makes the once-and-forever sacrifice on our behalf. He is our family Redeemer. He is the King who enters Jerusalem on a humble donkey and who sits on David’s throne forever. He is the cornerstone of the temple. He is the Servant who was pierced for our transgressions. He is the Son of God, the Son of Man, the Alpha and Omega, the beginning and the end.

We have been given a gift more precious than anything wrapped and tied with a bow placed underneath the tree. The Word of God is a gift we are invited to open every day. In its pages, we learn more about the love of God for wandering sinners, the treasures that are ours in Christ, and the hope we have of a world made new in which there is no more death, crying, or pain.

And it’s all because Jesus was born to a virgin in the little town of Bethlehem. But to know the whole story, we must take up our Bibles and read.

The story of Christmas grows sweeter for me each year, because with each and every year that passes, I dive deeper into the Word of God, reading and studying familiar and less familiar passages alike. The entire story of the Bible crescendos with the ministry of Jesus, so the more I read, the greater the “good news of great joy” (Luke 2:10 CSB) that the angel announced appears to me. Or, I should say, the more I recognize that good news of great joy for what it really is. And that’s what Christmas is all about, Charlie Brown.

John Greco is a writer living outside of Nashville, Tennessee. He is the content director for She Reads Truth and He Reads Truth, and was part of the team that created the He Reads Truth Bible, a Bible designed for daily reading. You can connect with him at  JohnGrecoWrites.com.

Study: Millennials Who Leave Christianity May Not Come Back