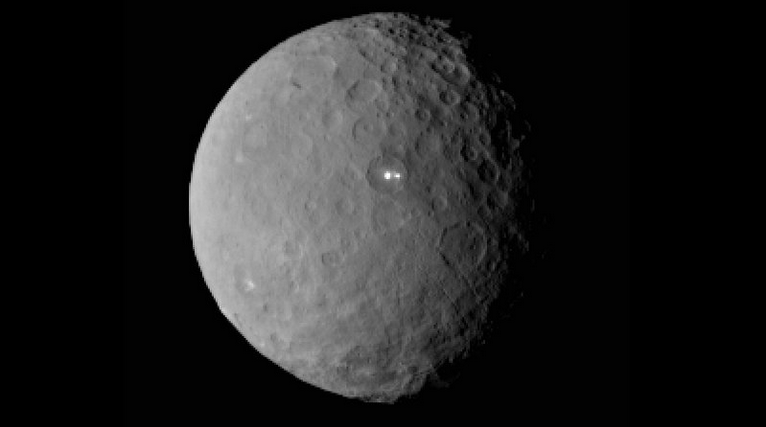 Do aliens exist? Blink-182’s Tom DeLonge thinks so. Bill Clinton wouldn’t be surprised if they do. And now, in a new photograph from NASA’s Dawn spacecraft, we learn that aliens not only exist, but they left the lights on. This image is of the dwarf planet Ceres, in an asteroid belt between Mars and Jupiter, and the two points of light emanating from it have scientists puzzled. Well, they say they’re puzzled. Of course, they’re probably getting paid off by the big dogs at Area 51.

“This may be pointing to a volcano-like origin of the spots, but we will have to wait for better resolution before we can make such geologic interpretations,” says Chris Russell, principal investigator for the Dawn mission. Right. Sure. A “volcano-like origin.”Definitely not the first wave of space invaders from the great beyond. Got it.

Why We Need to Practice Confession