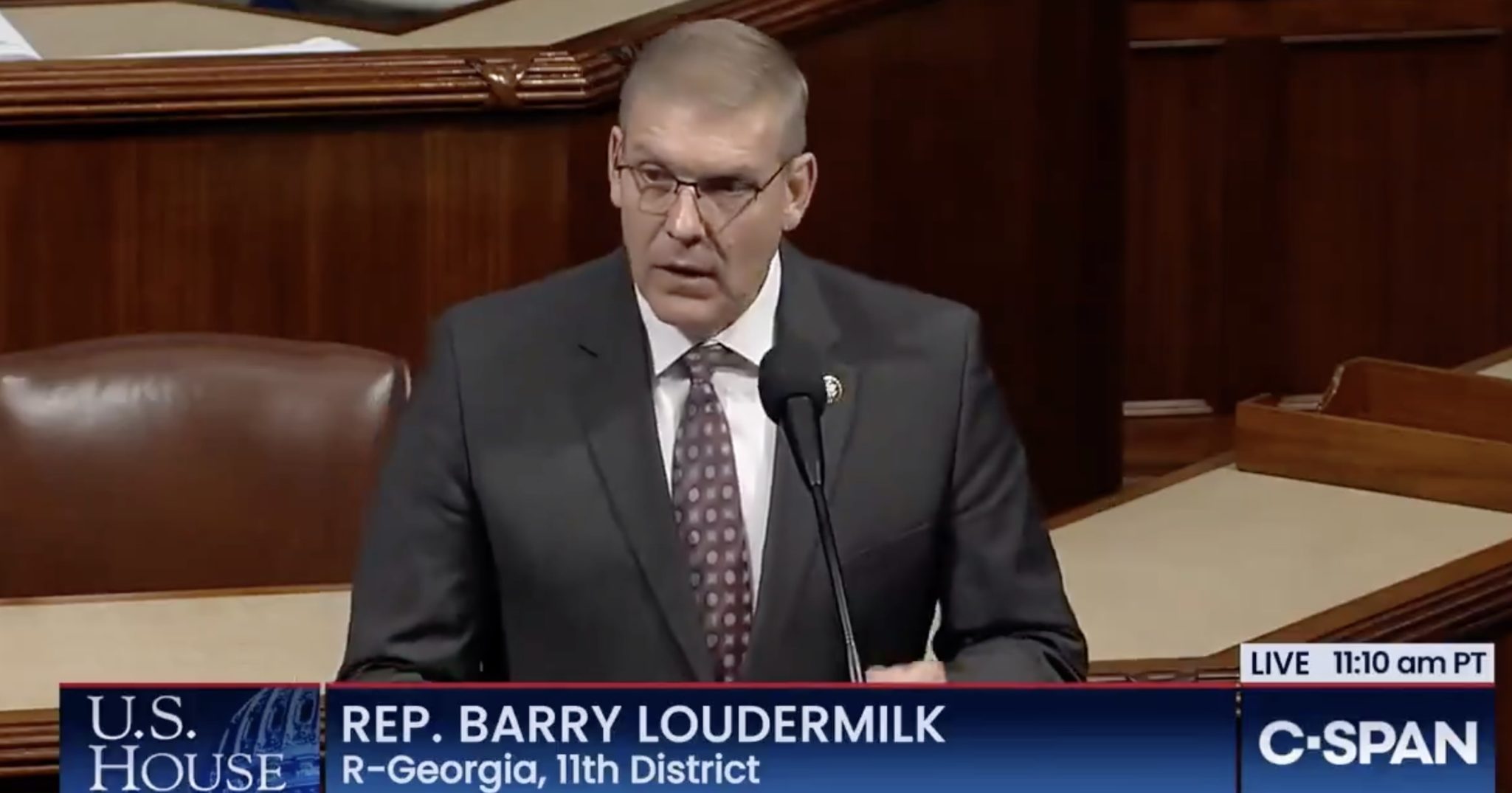 Given the general state of discourse in Washington D.C. today, it was perhaps inevitable that someone would try to compare President Donald Trump to Jesus Christ during Wednesday’s impeachment vote, but few could have predicted just how brazen the comparison would be. It came from Rep. Barry Loudermilk of Georgia, who went before the House of Representatives to argue that Democrats were giving Trump an even more crooked trial than Jesus got before he was crucified.

“When Jesus was falsely accused of Treason, Pontius Pilate gave Jesus the opportunity to face his accusers,” Loudermilk said. “During that sham trial, Pontius Pilate afforded more rights to Jesus, than Democrats have afforded this president in this process.”

Presumably, Loudermilk was talking about the whistleblower who exposed Trump’s quid pro quo deal with Ukranian officials. That whistleblower has not been officially identified.

However, Trump has refused to cooperate or participate in the probe, and ordered his aides to do the same. The President will have another opportunity to call his own witnesses if Republican Senate Majority Leader Mitch McConnell decides to hold his own trial, though McConnell has indicated that he will “take my cues from the President’s lawyers” if he does so.

That’s an advantage Jesus did not have at his trial.

Why Trump Is Suggesting His Political Opponent’s Deceased Husband Is in Hell?