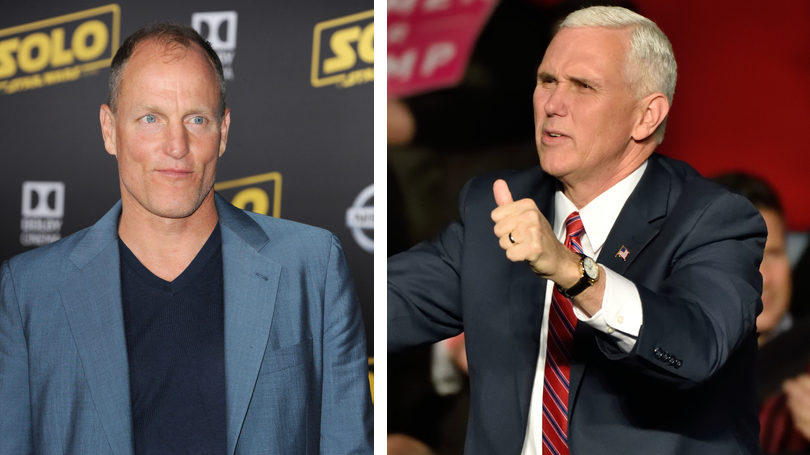 Vice President Mike Pence and Woody Harrelson. On the face of it, they represent two opposing sides of the white male celebrity spectrum in the U.S. One, a conservative hardliner well-known for avoiding one-on-one time with women who aren’t his wife. The other, a kush-loving hippy whose personal rules about alone time with women are, well, not known. But it turns out, they used to be on the same team. In fact, they studied preaching together at Hanover College in the 80s.

Harrelson had already told Jimmy Kimmel that he and Pence knew each other as college students and that he had “quite liked him” at the time. Now Harrelson has opened up a little more about his college years with Pence on Marc Maron’s WTF Podcast.

He talked about growing up “quite religious” and being told he ought to consider going into ministry. Harrelson studied ministry at Hanover, which is where he and Pence became friends.

“I did a sermon when I was 17, and then I did another one at Hanover College,” Harrelson told Maron. “In fact, this is kind of bizarre but Mike Pence was two years older at the same school, at Hanover, and he was the guy who kinda mentored me through it.”

Harrelson said that studying the Bible actually led him to reject a lot of the Christian teaching he’d been raised with, although he says he’s still religious.

Why the Internet Is Loving Keanu Reeves’ Girlfriend Alexandra Grant