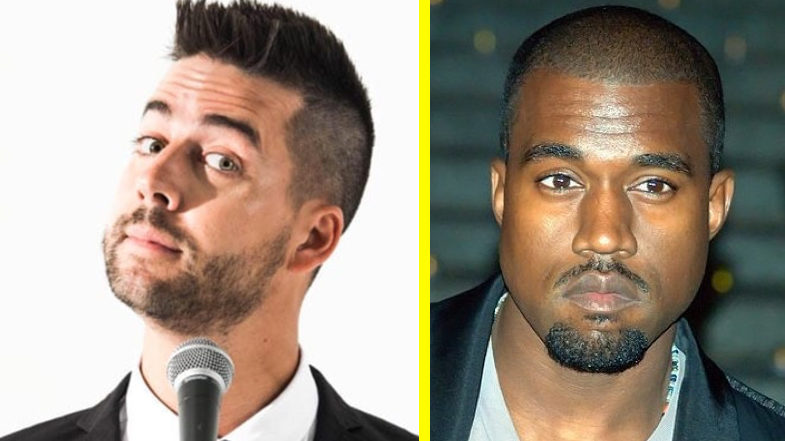 OK, has anyone checked on the Large Hadron Collider? Does it have a screw loose or something? Because here at the tail end of 2019, the headlines are just starting to get too weird to chalk it all up to “strange times.” We are living in the sort of world that would mystify even the Black Mirror writers’ room’s most fanciful minds.

Case in point, Fox News is reporting that The Strength to Stand Student Bible Conference in Pigeon Force, Tennessee has replaced former headliner John Crist with Kanye West — a series of words so bewildering you could be forgiven for slamming your laptop shut or throwing your phone into the deepest part of the ocean.

John Crist, of course, is a Christian comedian whose career was sent into upheaval by multiple revelations of sexual misconduct. Kanye West is, well, you know who Kanye West is. This is the sort of swap that would have been unthinkable less than six months ago, but like frogs who’ve been in a pot of water so long we didn’t even know it was boiling, news that at one point would have seemed the result of a MadLibs between loons now more or less checks out.

As Strength to Stand leader Scott Dawson shared in a YouTube video, the idea was all Kanye’s. “I realized that, although this is a worldwide megastar, he was a brother in Christ,” Dawson says of the two’s phone conversation. “He told me his testimony. He told me his struggles, what he was still going through. He said he’s been delivered, but he’s on a growth journey with Jesus.”

The conference is aimed at students between sixth grade and college and is now, as you might imagine, entirely sold out.