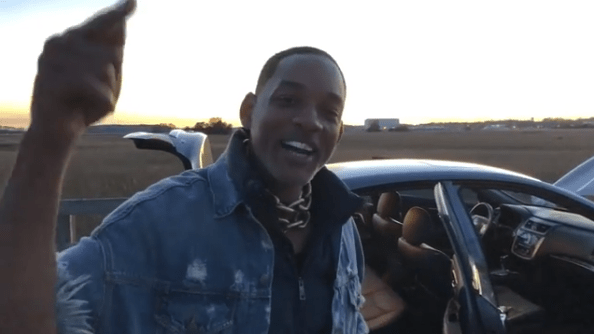 Jaden Smith’s hit single “Icon” just surpassed 100,000,000 streams on Spotify, and to celebrate his son’s accomplishment, Will Smith pulled the greatest dad move of the week, creating a parody of the song’s music video and posting it on Instagram.

It’s pretty great. Will Smith approximates his son’s lavish car, clothes and dance moves with a junky sedan, casual slippers and some herky jerky dances of his own. He mouths along with the words and even includes some of the video’s visual cues. Very spot on.

He ends the video with a heartfelt “I love you” message to his son. Jaden doesn’t do that part in the original.

Congrats on 100,000,000 @Spotify streams, Jaden! @c.syresmith It is a Delicious Gift to a Parent to Admire his children. Keep Doin’ You!

Joaquin Phoenix Could Be Playing the Joker in Stand-Alone Movie

If I Could Stop Praying, I’d Be a Good Atheist