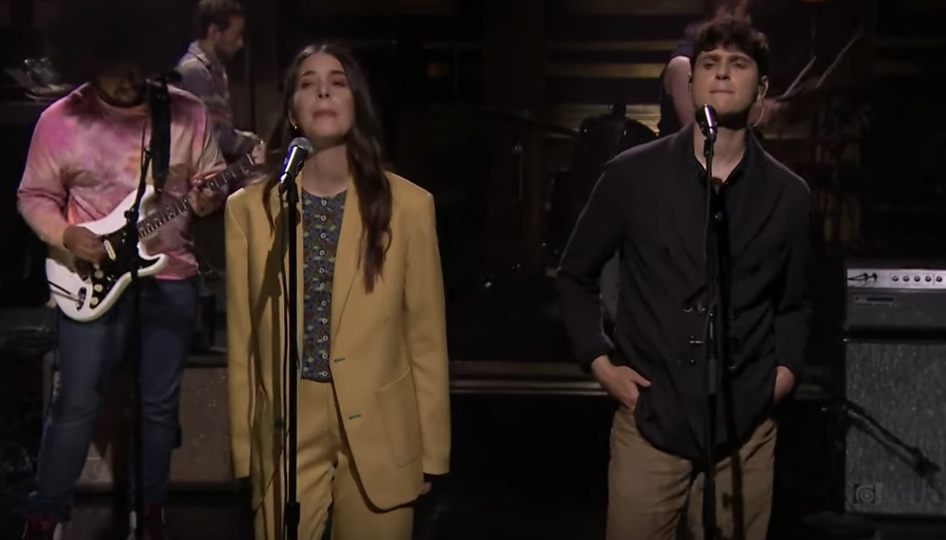 Last night, Vampire Weekend stopped by The Tonight Show to play a new track from their latest album Father of the Bride. Danielle Haim joined the band for a mellow rendition of their ballad “Jerusalem, New York, Berlin.”

The track is one of the album’s more tender moments, but the song’s climatic build still makes for a great live performance.

Father of the Bride has garnered acclaim upon its release. Pitchfork, in their 8.0 review of their album, said it was “proportionally life-giving, indulgent, and periodically goofy as you’d expect.” Slate‘s review said the album is “a feat of self-reinvention, even self-redemption, that doesn’t beg for congratulations.”

Maybe that’s a lot of highfalutin music-review abstraction, but the point remains: Vampire Weekend is still operating at the highest level.