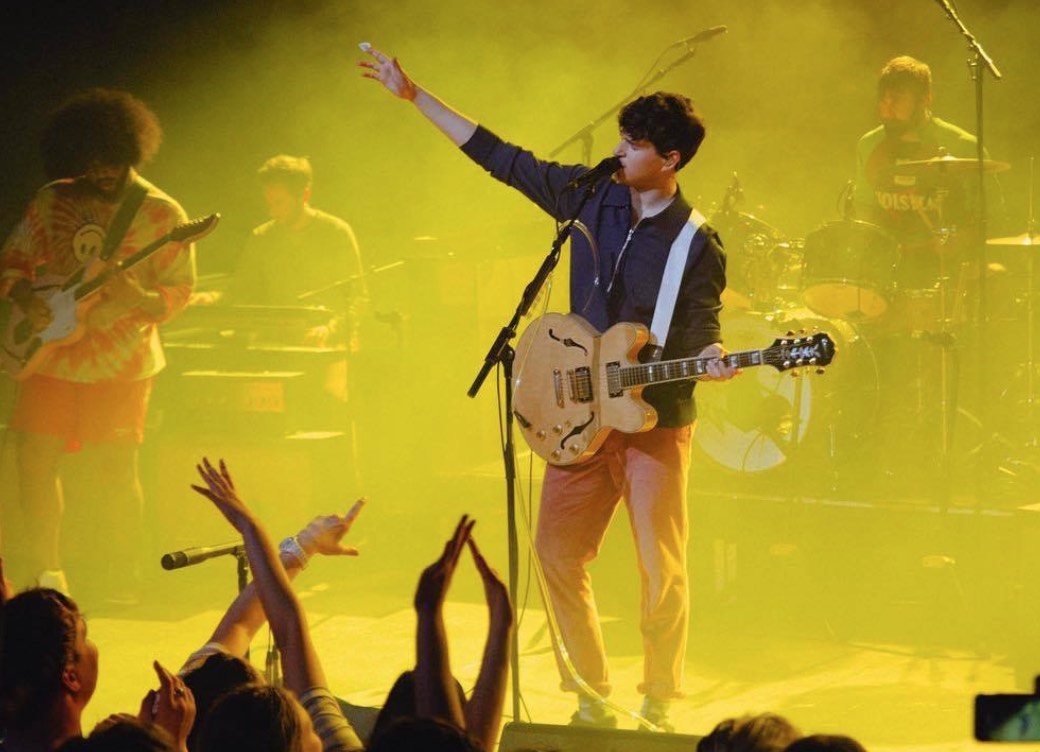 Indie rock outfit Vampire Weekend recently released their latest album Father of the Bride to critical acclaim, and are currently out on tour in support of the record.

But, if you’ve ever been to a Vampire Weekend show, than you already know that they like to keep fans guessing. (While headlining this summer’s Lollapalooza, they played their song “A-Punk” three times in a row.)

This weekend, while playing in Indianapolis (not far from the fictional town of Pawnee), the band stopped the song “M79” and busted out a cover of the theme song of the show Parks and Recreation.

goodnight here’s @vampireweekend playing the parks and rec theme in the middle of M79 pic.twitter.com/WBbRsp4xHB

The band happens to have some ties to the show: Frontman Ezra Koenig has been with former Parks and Rec star Rashida Jones since 2016, and the couple have two children together.