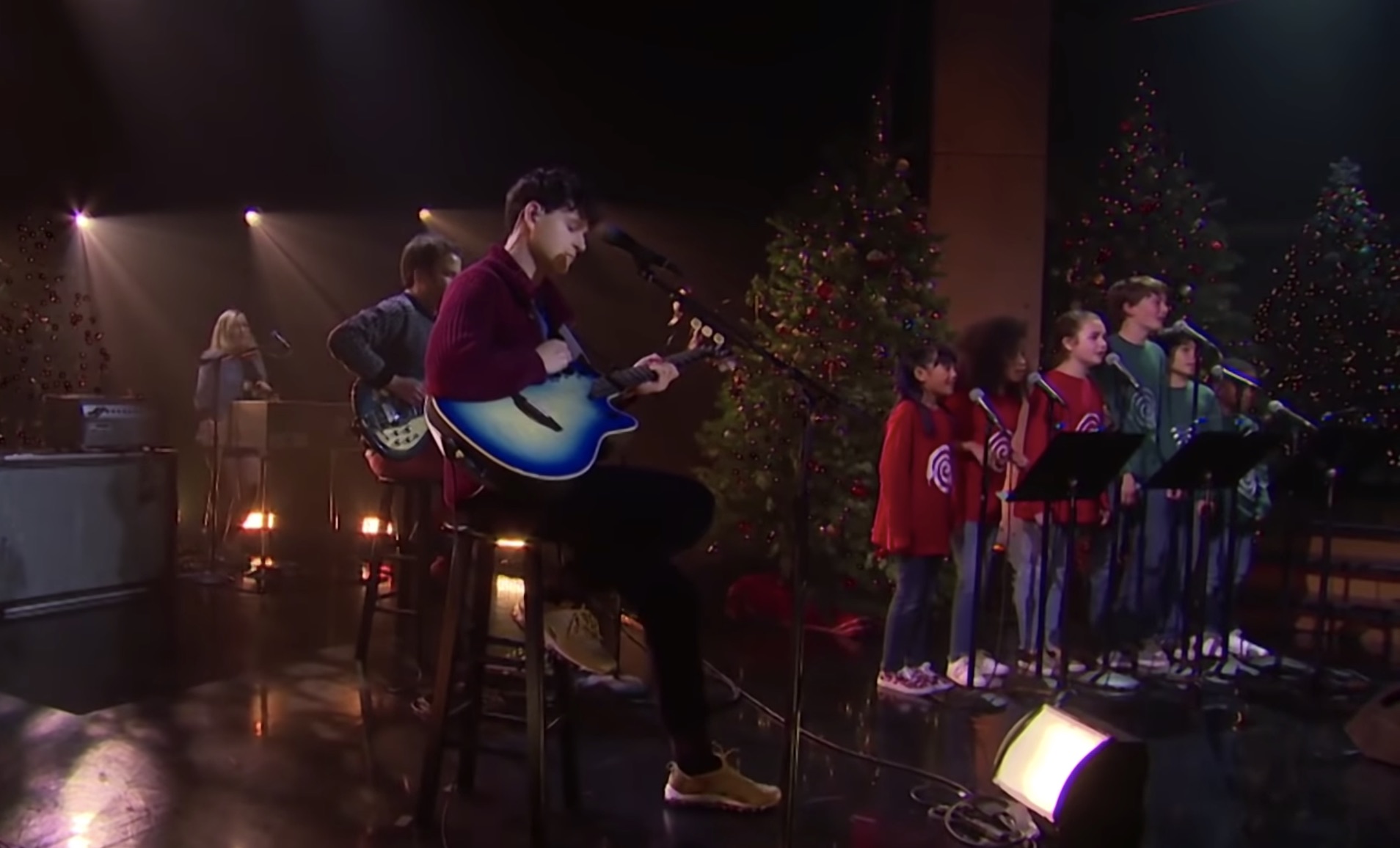 Vampire Weekend was joined by a crew of cute kids for a particularly Christmas-y spin on “Harmony Hall”, the first single off of this year’s outstanding Father of the Bride. They performed the whole thing on James Corden’s Late Late Show, which began with the kids singing that old Charlie Brown chestnut “Christmastime is Here.”