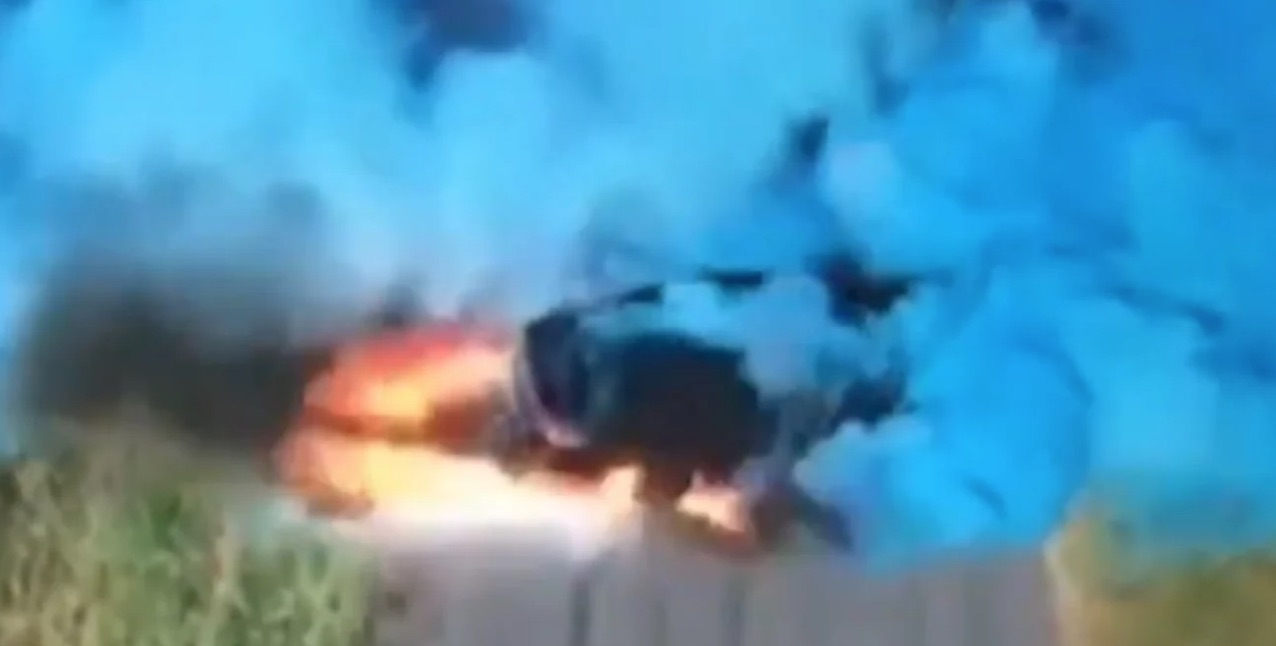 Gender reveals are an interesting trend. For those unfamiliar, the premise is simple: Future parents use elaborate means to reveal the gender of their soon-to-be-born child, usually involving some sort of surprise or stunt that ultimately ends with everyone seeing the color pink or blue.

It’s usually pretty harmless fun, that is unless you decide to outfit your car with special tires and do an extended burnout on a public road.

Police have stepped in after a gender reveal ceremony took a turn for the worst.

The explosive finale was captured on video, with the daredevil driver slapped with a hefty fine: https://t.co/V7DkwMkN2l @njkelly9 #9News pic.twitter.com/voh5QeTRqy

Thankfully no one was hurt when this gender reveal turned into a full-on car fire in Australia, but the driver was charged with “dangerous operation of a motor vehicle.” This cost him a $1,000 fine and his driver’s license suspended for six months.

Anyway, congrats on the baby boy!