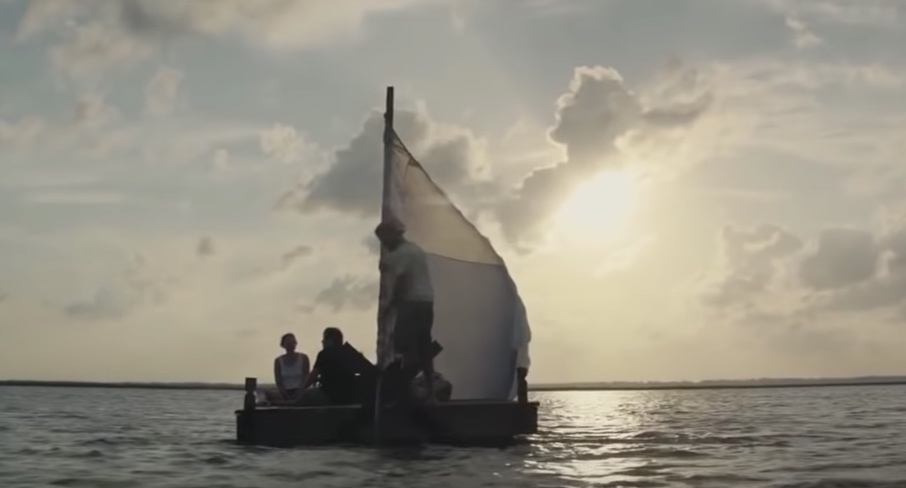 The trailer for the upcoming film The Peanut Butter Falcon has just dropped. The movie has a Mark Twain vibe to it and tells the story of two friends embarking on an unlikely adventure.

From Deadline: “LaBeouf plays as a small time outlaw turned unlikely coach who joins forces with Zak, a young man with Down syndrome on the run from a nursing home and hoping to fulfill his dream of becoming a professional wrestler.”

Filming the movie had a profound effect on LaBeouf.

As we previously reported, while LaBeouf was shooting The Peanut Butter Falcon—which also stars Zachary Gottsagen, an actor with Down syndrome, for whom the movie was written—he was arrested for being drunk and disorderly in public. While at the police station, he was filmed making extremely racist remarks to the police officers and insulting them. (Today, he calls the incident “mortifying” and has apologized.)

He explained to Esquire back in March of last year that when Gottsagen found out about the arrest he confronted LaBeouf. He told him “You’re already famous. This is my chance. And you’re ruining it.”

LaBeouf said “To hear him say that he was disappointed in me probably changed the course of my life … Zack can’t not shoot straight, and bless him for it, ’cause in that moment, I needed a straight shooter who I couldn’t argue with.”

From the 2018 Esquire piece: “He says their conversation continued on set: ‘We were getting ready to do a scene and Zack said, ‘Do you believe in God?’ And I thought, No f****** way are you about to explain God to me, Zack.’ LaBeouf tries to keep it together. His voice jumps an octave. ‘Zack said, ‘Even if He’s not real, what does it hurt?’”

LaBeouf later says, “I don’t believe in God” but suggests that the conversation did possibly change the way he thinks about God: “But did I see God? Did I hear God? Through Zack, yeah. He met me with love, and at the time, love was truth, and he didn’t pull punches. And I’m grateful, not even on some cheeseball s*** trying to sell a movie. In real life. That motherf***** is magical.”

You can see the trailer below. (Just a heads up, the clip contains some mild profanities.)